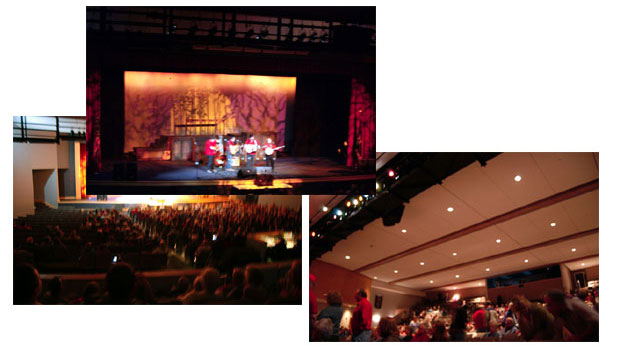 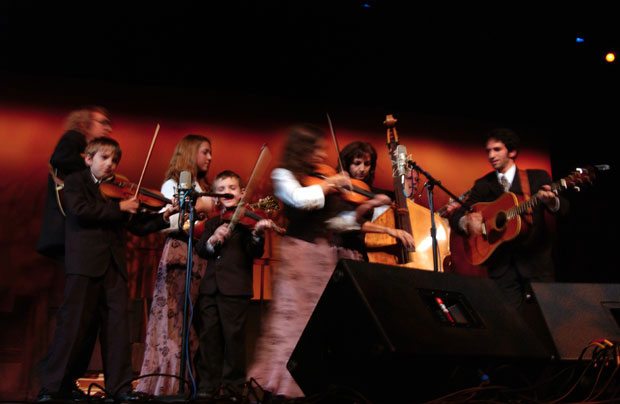 The Muellers They are a family. Mr. And Mrs. Mueller gave birth to an entire bluegrass band. Very strange; wicked awesome. They have the two youngest fiddlers I've ever seen; one is 9, their youngest son fiddler will celebrate his 6th birthday next Thursday. They sing too. But their youngest daughter seems to be the voice of the band for most of the songs. They were a great. 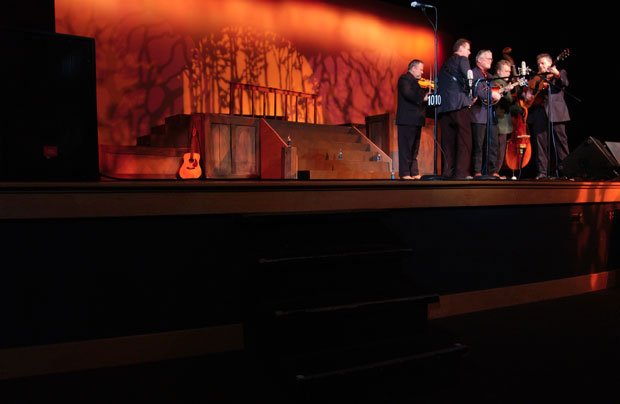 The Katahdin Valley Boys It was a toss up between The Katahdin Valley Boys and The Muellers. They both had cotton-ball heads fighting their feet from dancing them out of their seats.
It was a Hospice-like venue. Nice, but no beer, no standing, no dance floor. (Not that I'm a dancer, it's just nice to have the option.) Cheap homemade food from the concession, $10 admission.