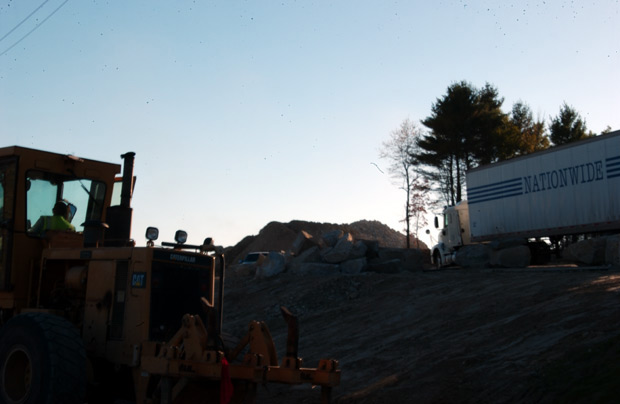 The Lithgow library was opened to the public in rooms on Water street, September 23, 1882. It had its beginning in the Augusta Literary and Library Association, chartered 1873, and in the handsome bequest of Llewellyn W. Lithgow upon his death in 1881. He left the city $20,000 for the purpose of founding a public library, and also made the city in part residuary legatee by which about $15,000 was realized and made the basis of a building fund. Hon. J. W. Bradbury has been president of the trustees, since the founding of the library, and for the same length of time Miss Julia M. Clapp has been librarian.
The present elegant library building on Winthrop square, at the corner of State street was erected in 1894-5, the corner stone being laid with elaborate ceremonies, June 14, 1894, and it was dedicated February 3, 1896. It stands upon the site of the old Cushnoc house which was erected in 1803. The building cost $41,000 and the lot about $10,000. Among the contributors the largest was Andrew Carnegie of Pennsylvania who gave $9,000. Five others, Mrs. Henry W. Fuller, Mrs. Emmons Blaine, Horace Williams, Charles Alden and Emory A. Sanborn gave $1,000 each, $12,000 was obtained from the memorial alcoves. The rest came in smaller contributions and from the Lithgow estate under the residuary clause.
The building is 96x40 feet, and is an artistic and elegant structure. The interior finish is of oak, the shelves being of steel with a capacity for 16,000 volumes. The building is absolutely fireproof. The large hall of the second story is used by the Kennebec Antiquarian society. The library now has about 8,000 volumes. The public reading room occupies the eastern end of the building.

3.I'm Proud to Say: I am an official readers card carrier of the Lithgow Public Library & Reading Room. (I really like that '&' in their title; it makes it a little poetic.) The library has expanded since the above text was written over 100 years ago. They are planning another expansion, which I believe the figures were around $20 million (correction: $9 million), if I remember correctly from an article in the Kennebec Journal last month.
Wow. Forty-one thousand dollars for the beautiful original structure!? They just didn't know what a deal they were getting back then. Or were they so forward looking that they did?
I wish I could be that forward thinking. Someday. Someday I'll be adjusting my cheap sunglasses like they're spectacles on a head of wisdom. (Maybe I'll try that today.)