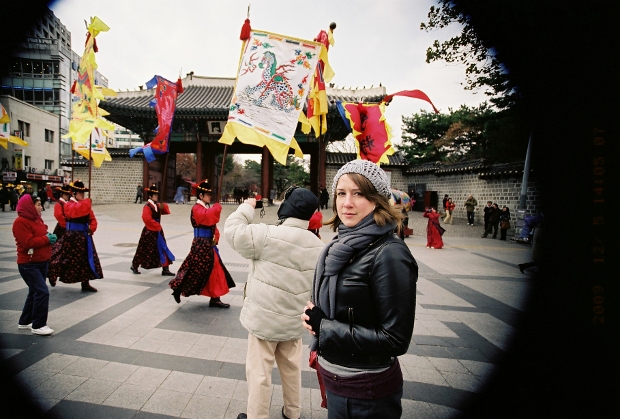 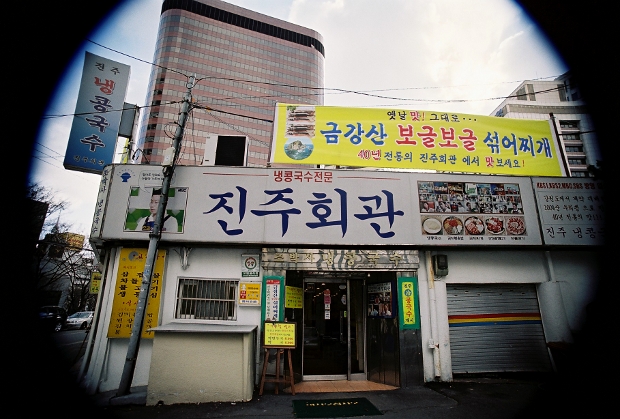 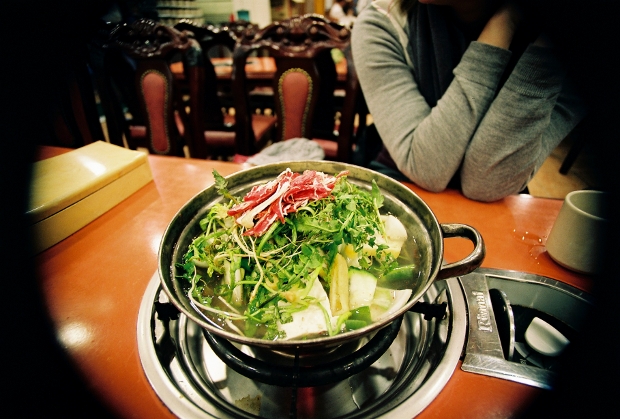 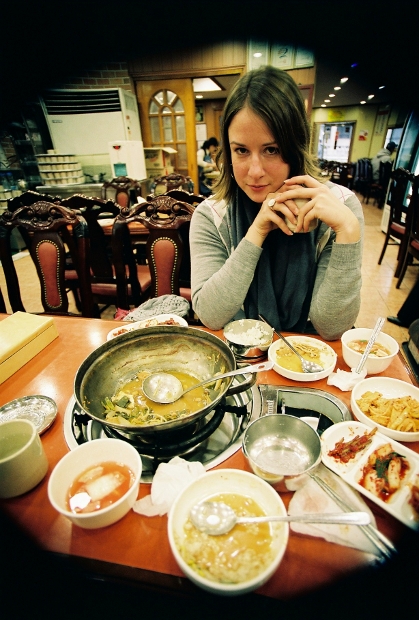 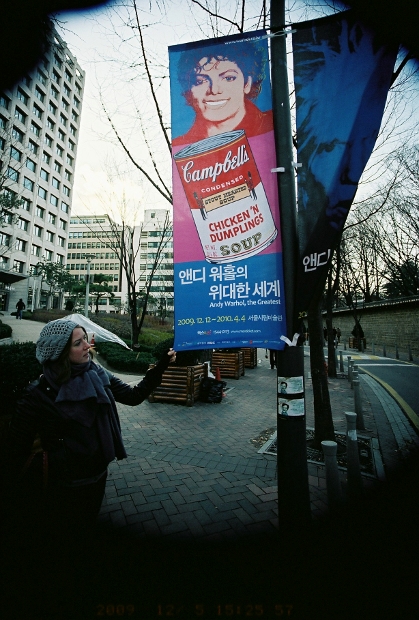 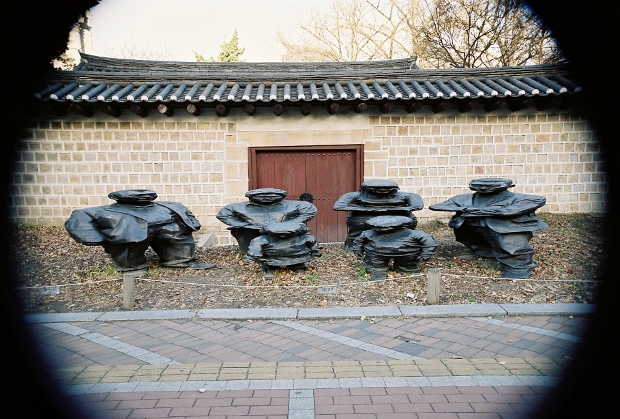 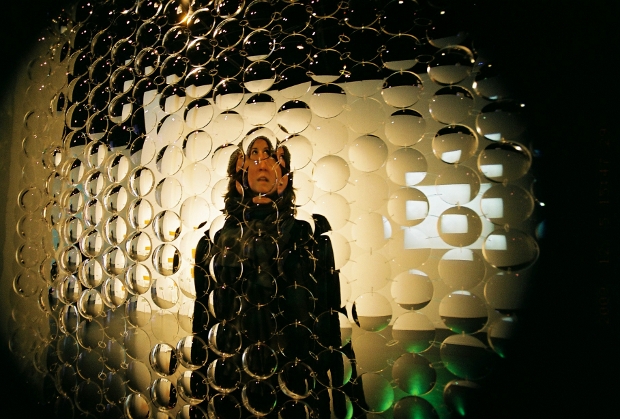 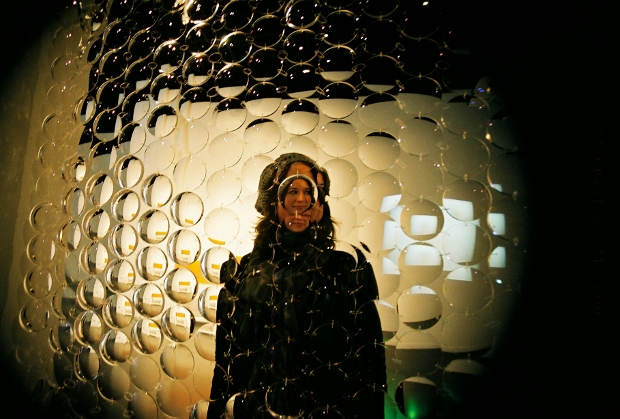 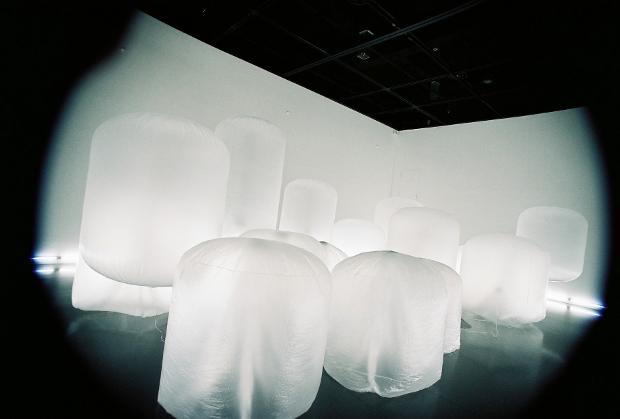 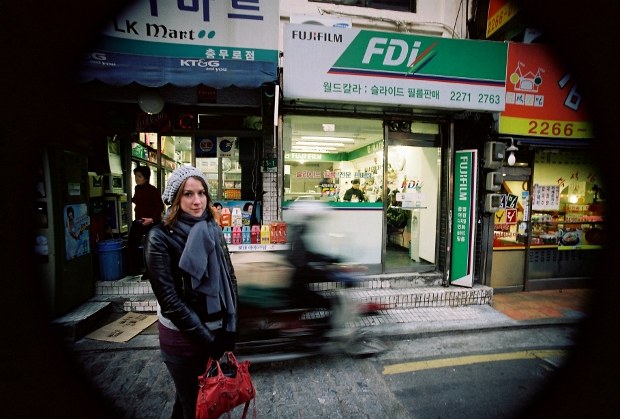 I met Liz, an English teacher from Bucheon, in Hongdae about a month ago. She is on her third contract here in Korea. On Sunday I met her to get something to eat and go to the Seoul Museum of Art. We ate tween jang chigae at Jin Ju Hoi Gwan for lunch. And went to see the only exhibit opened at the Seoul Museum of Art, I think it was anti-sculpture? I forget. It was interesting though. The museum costs roughly 50 cents. Not as cheap as the Smithsonian's in DC, which are free, but still super cheap.
After, because Liz is also interested in photography and studied at the school of the Art Institute of Chicago, we went to Chungmuro. Chungmuro is a section of Seoul that is filled with photo supply stores and printers. Mainly commercial printing shops, but many photo shops, too. The last photo is Liz in front of my new photo place, both the price and quality are excellent!!! 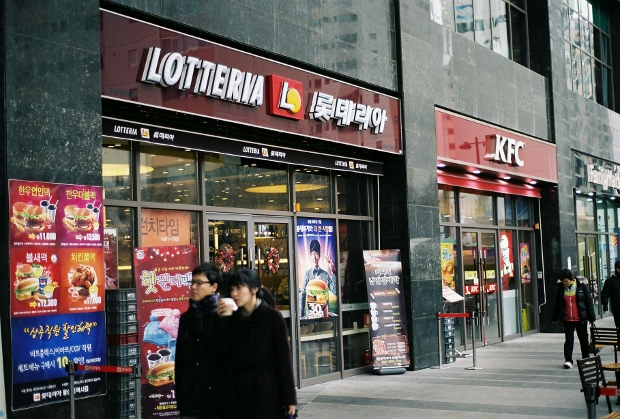 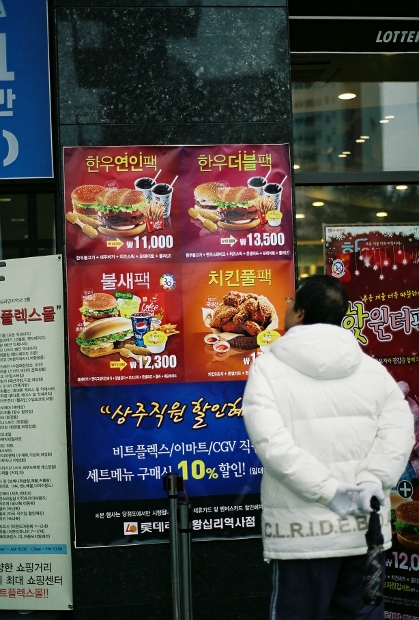 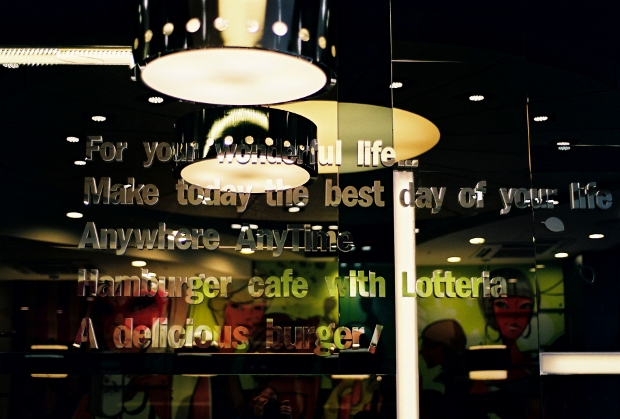 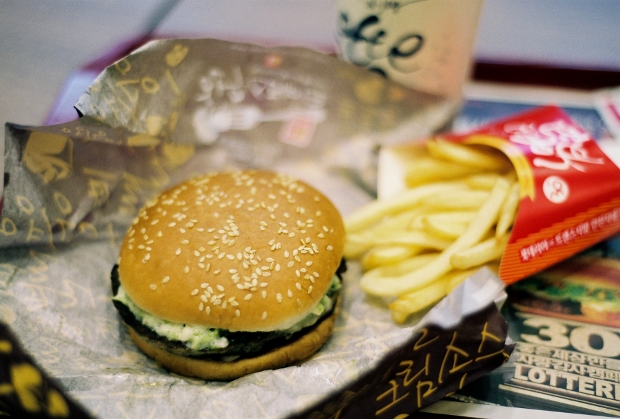 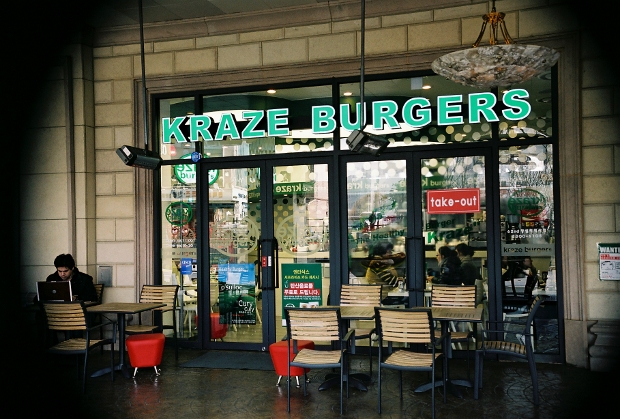 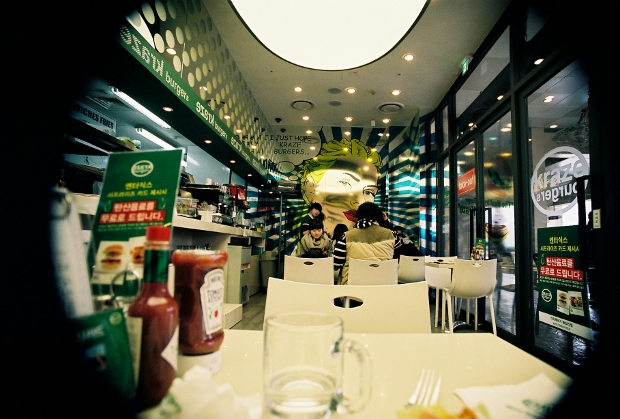 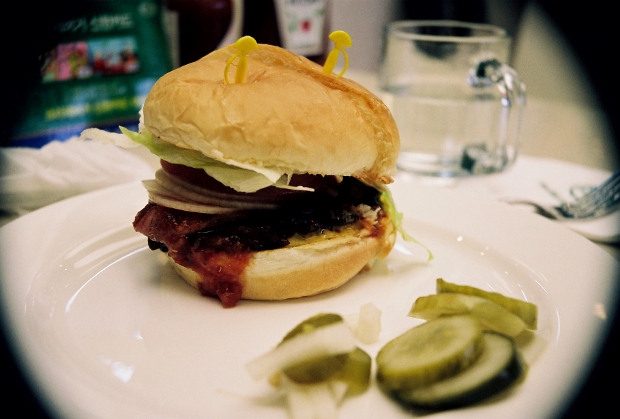 I don't crave hamburgers often here in Korean, because there is too much other food that is just so much better. However, last week I ate a hamburger for lunch on Wednesday and Thursday while getting film processed in Wangsimni.
Lotteria and Kraze Burger are both Korean fast food chains, although their hamburgers are very different. At Lotteria I ate a Steak Hamburger, it was topped with cream of broccoli and on the bottom had sauteed onions, better than anything at McDonald's. But, it didn't compare to the Maximum Burger I ate at Kraze Burger the next day. One hamburger at Kraze costs more than an entire set (meal) at Lotteria, but it is so worth it.
If you can't find a Kraze burger you're better off eating gimbab than at Lotteria (even though their steak burger isn't bad).