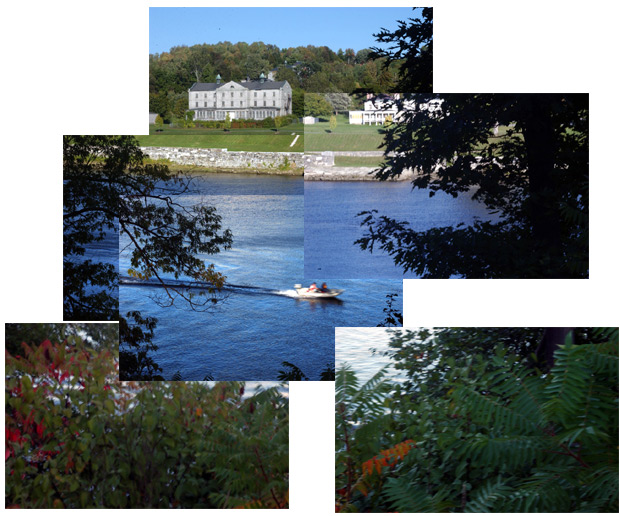 Living in Maine is like living in a National Park. No, not like 'the bums in D.C.' type of living in a National Park. The 'living in a national treasure' kind of living in a National Park.
Yeah, there are the downers. Like that guy I met at the Edwards House Inn who was fresh out of prison, for the second time. A Marine Corps vet who said, "... Yeah, so I decided to come to Maine. Because I thought, who's gonna find me here?!"
It had me thinking that maybe a lot of convicts come here and that's the reason the sheriff wants to rent a 'mobile unit' to house the overflow of the over-capacity county jail. The state government is already trying to take over control of the statewide county corrections system in an attempt to save money.
But as I was saying, Maine, in its entirety, is a giant National Park. And I live in the middle of it. (See, that only sounds good to some long-term tourists, like me.)
Posted by mike c at 9/24/2007 01:56:00 PM

Sometimes I See Things in Maine

Lately, I've been noticing scenes that I could see might have inspired artists like Walker Evans or Stephen King. The inspiration that Maine gives feels great. And it comes without warning. Today I was on the Kennebec River Rail Trail, twice. First I was running; later on I took a walk to take some pictures. Out of nowhere I felt happiness, and smiled to myself. It makes me think of all the people who have inspired me throughout my life. I wish I could thank them all; I'll just thank Maine instead. 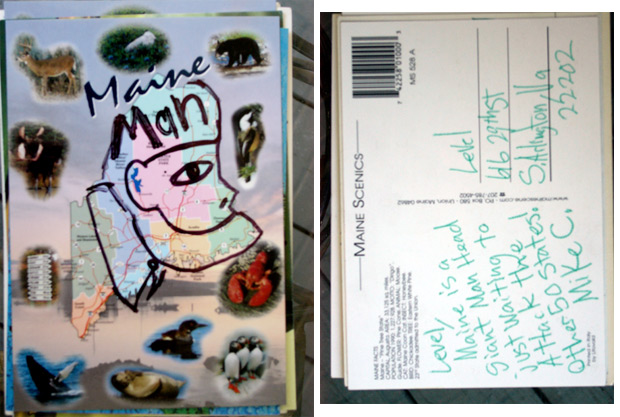 Maine is the United State East Coast's 'Great Northern Territory.' If Maine were a man ... A Maine man. He would, and is, rugged strolling up a path between the mountains and the rocky coast w/ hurricanes flailing at him from one side, and sub-arctic storms blowing at him from the other. Hard weather? But Maine is a Maine man, still strolling with his sleeves rolled up, whistling. If Maine the man had his choice of animal companions, as Paul Bunyan had his great oxen 'Blue,' Maine wouldn't do with just one. He would need a giant moose, a ferocious bear, and some kind of monstrous lobster. If Maine was a man he would be a fine man, way better than Paul Bunyan.
Posted by mike c at 9/24/2007 12:57:00 PM