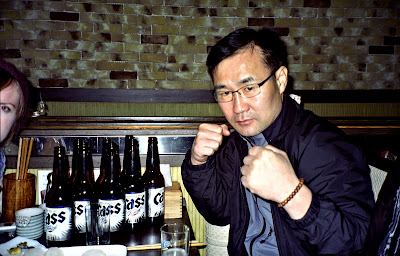 Grocer This is a picture of a friend in Seoul who owns a grocery store in Dongdaemun. I called him "kun hyung nim," that means big older brother, respectfully. He used to be a boxer. I took this picture around December with a 35mm point-and-shoot. 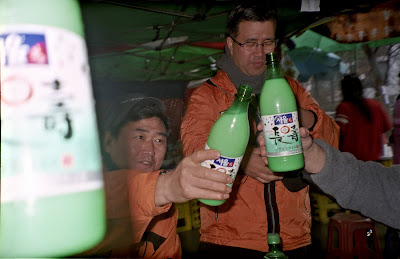 Hikers Here is another point-and-shoot photo taken around the same date after hiking near Dobongsan. Every Sunday, more hikers than you could imagine head to one of Seoul's many mountains by bus, subway, taxi, or walking. Hiking sometimes involves a rice alcohol called makgali.
Posted by mike c at 5/23/2010 01:39:00 PM