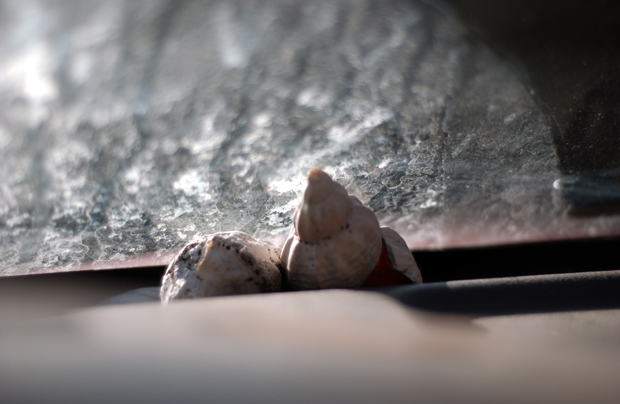 Shells I got near Acadia National Park are on my, now frequently-frozen, dashboard. Chlorides coat my windshield. 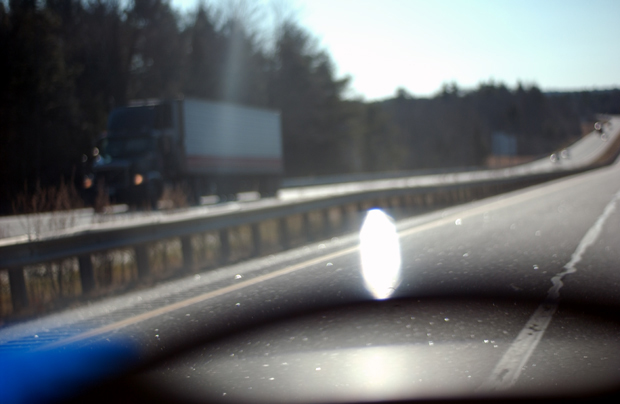 Glare of the low northern sun off I-95 (and my steering wheel) was wicked bright headed south to Portland Maine. 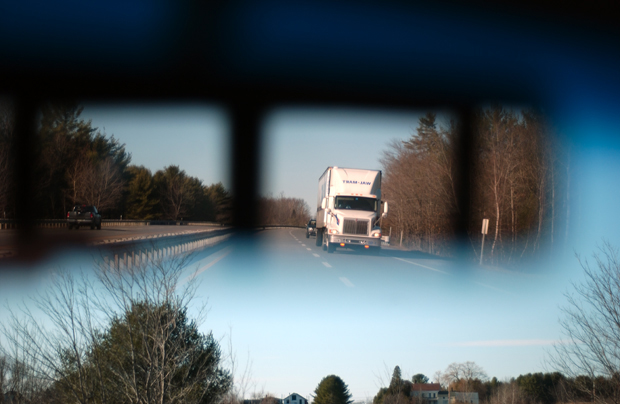 Truckin' through Maine. In Maine diesel fuel is around 50 cents more than gasoline, a gallon.

When I was way younger I thought it would be fun to be a trucker. 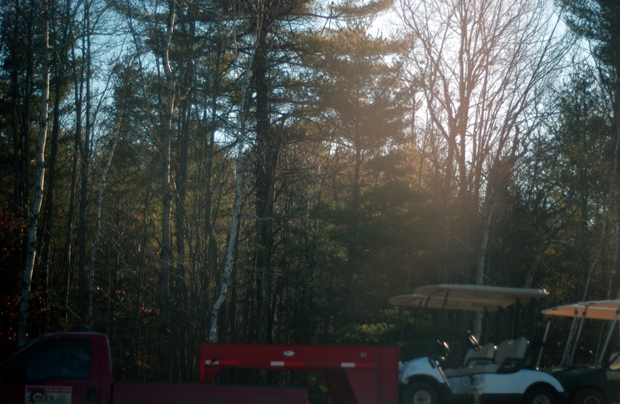 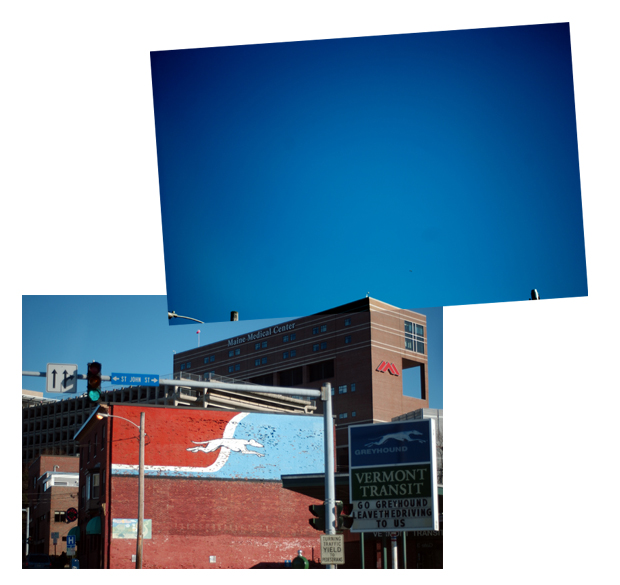 The Portland Maine Greyhound Station: 16 hrs. from Union Station Washington DC; 18 hrs. to Augusta Maine. $100 to $120. About a third the price in gas it would take someone to make the 13-hour drive 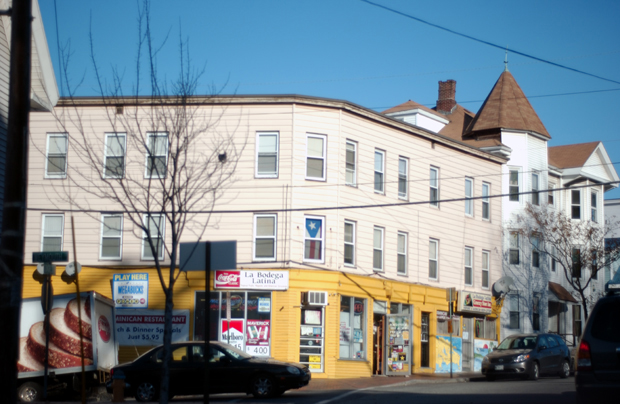 La Bodega Latina on Congress Street in Portland Maine. I see a Puerto Rican flag above the bodega. I think Portland Maine would be perfectly suitable for Peruvians more so than Puerto Ricans. Peru has a similar climate. And I think Peruvians are used to smaller populations and a slower way of life. Although I am slowly realizing Maine has a lot happening. They're just super mellow, and I'm just working those hours.
Plus, maybe they would open up a Peruvian rotisserie chicken place. 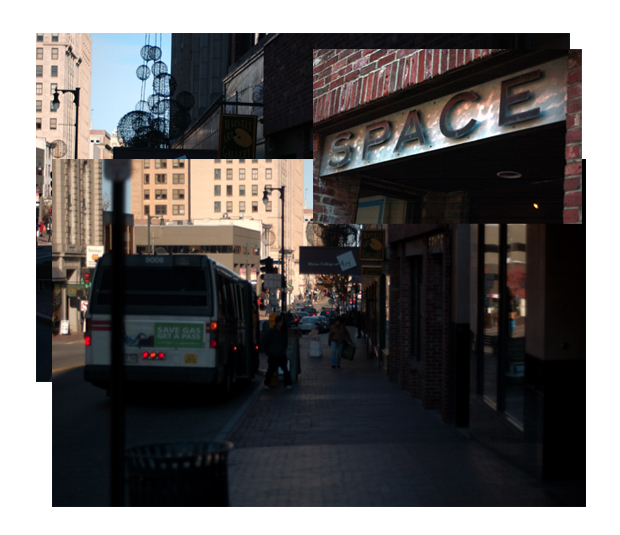 SPACE Portland Maine: 12.7.2007 [ Fri ] First Friday: Free For All
SPACE Gallery opens it's doors inviting anyone and everyone to exhibit their work in a salon-style survey show. FREE FOR ALL is both a curatorial experiment and a democratic effort to organize and present work through an open call process with no submission fee. 5:00-9:00pm, free, All ages 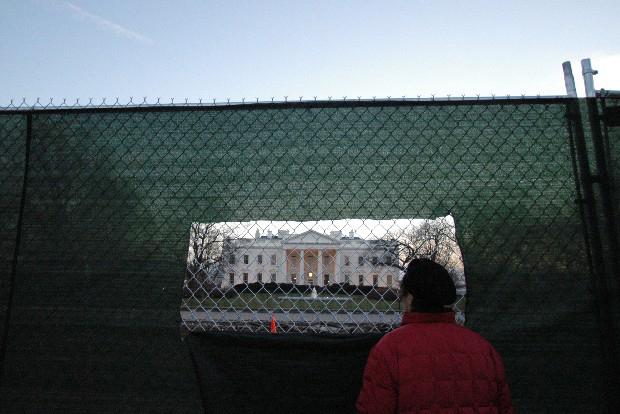 I went down to Portland Maine this morning to submit a picture in SPACE Gallery's FREE FOR ALL exhibit. It is a picture of a woman staring through a construction fence to the White House. And I used to think of the picture as part of a triptych: as part of a display of three photos. I thought it was also representative of Communism and Democracy with the colors and, among other symbolism, a red jacket and black beret, the fence, the White House, the inability to reach the White House, etc.
However, it was also a picture of Kaye Adams, a friend I graduated with. She died before I moved to Maine. Now I think of it as a memorial to Kaye.

Strange Maine: I stopped by Strange Maine and bought a book of Edgar Allen Poe poetry. And I saw a gutted apartment lodge uptown (Bayside?), where I went to get a sandwich. 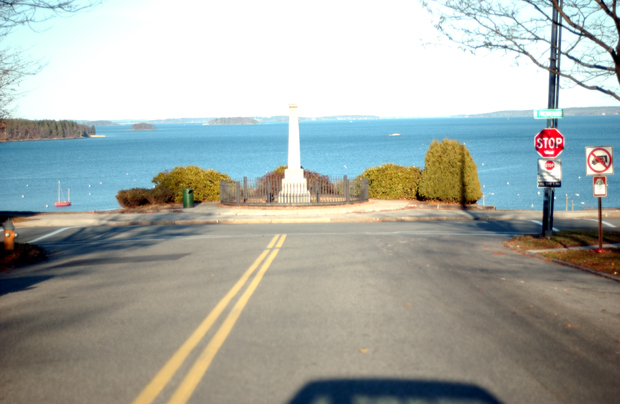 I found one of the most beautiful neighborhoods in Maine. Up the hill, I'm told it isn't actually Bayside but past Bayside, (more beautiful than San Francisco) city living on the craggy coast. Amazing. Amazing.

I hope Maine winter attacks like a polar bear.
Resting peacefully, warm guts on the ground.
Blood becoming part of the soil.
Dark earth, green grass beneath the white snow.
Ahh, it's December.

... And the Blaine House, back before work in Augusta Maine.