Portland Maine, and Me the Disaster 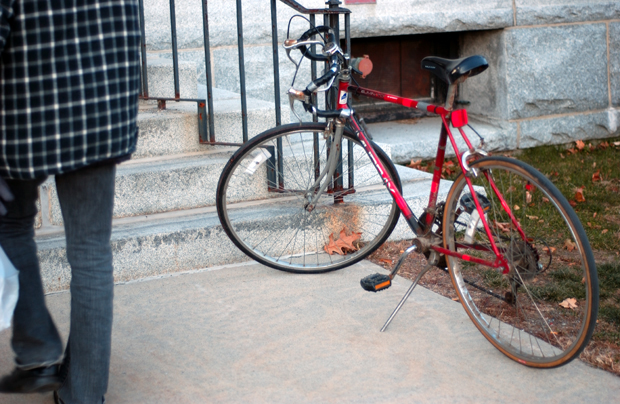 A bike at Lithgow Library. Foreshadowing my future mode of transit.

In the evening in Augusta Maine I head down I-295 to Portland Maine.

I went to a bar called Points 5.
This restaurant & lounge
w/ holiday windows
lights & bows, no
wreathes & pine trims
out tavern-like
windows onto a
world that has
a picture-perfect
New England setting
that will soon be
pummeled with a
picture-perfect amount
of snow
Small City Streets
w/
Small City Street
lights that seem
to allow 2 or 3
cars to stop &
start with no
real rhyme or
reason
We, I have been set,
cast.
A character in
this world. 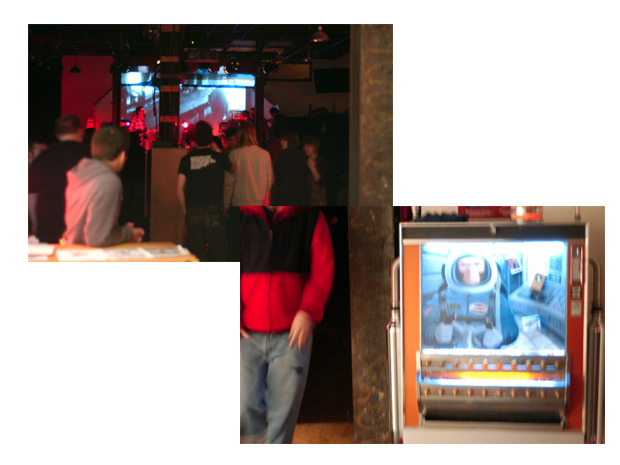 The heavy metal sound
took the form of a smell
the metallic burning
of the soundboard. 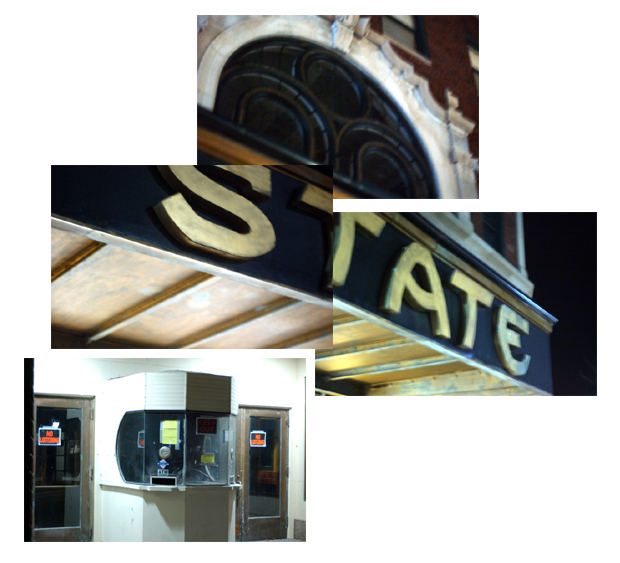 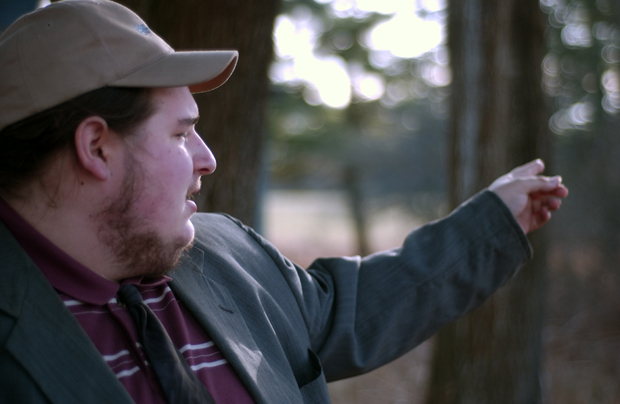 Randy of Topsham Maine gave me directions back to I-295 north. He also told me a couple good stories about his travels to Boston, 'the big city.' Randy said it's not for him. The city. He said he's used to getting along without the niceties of a city.
Randy told me about a doorman from a fancy Boston hotel who saved him. Pulled him out of traffic when a crosswalk signal suddenly changed. And how once when he was going through a revolving door with a duffel bag, the bag got stuck in the door. A man tried to help Randy by pulling on his bag. Randy thought the guy was trying to rob him and 'decked' him in the forehead.
Randy said he could probably never move away from Maine. He's from here.
Randy's stories gave me perspective. I am as awkward here in Maine as Randy is in the city.