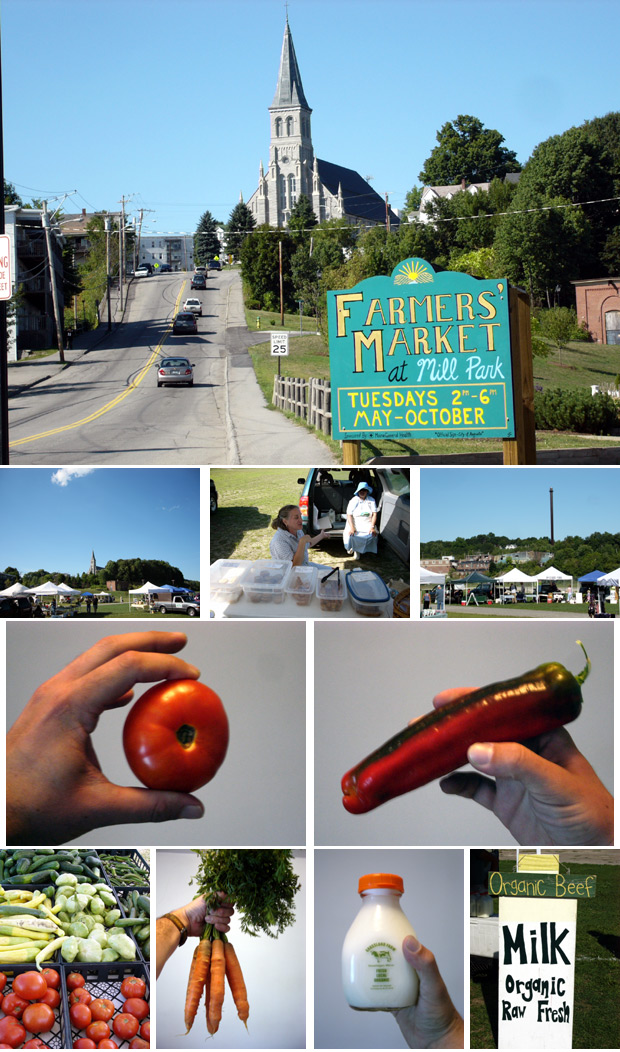 Augusta has an awesome farmers' market. They have a few a week in different locations, but I went to the one a half block from where I live on Water Street. It is on the site of an old mill. Across the river there are remains of another mill that hasn't been operating in a long time. The city approved a plan to build a pavilion for this market in particular. The farmers' markets in the area really make Augusta attractive.
Posted by mike c at 8/29/2007 03:56:00 PM 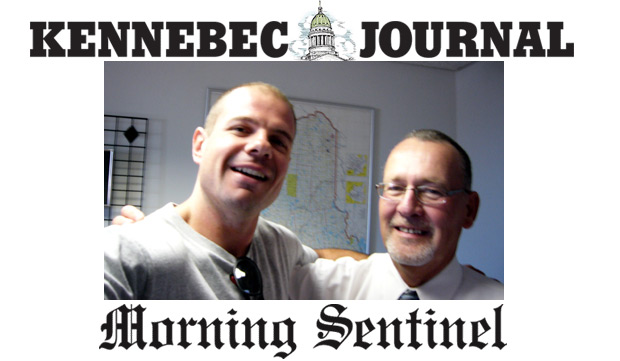 Yesterday I went to an event at work, that I heard was supposed to be for new employees, called 'Lunch with Chuck.' It is a lunch with Chuck Cochran, President of Blethen Maine Newspapers, the company that owns the newspapers I work for. About 10 people attended and I was the newest employee by far. I had been there for 8 days, the next employee had been there for 6 months, and most had been with the company well over a couple years, one woman for 27 years! He seemed like a really nice guy, well-informed, interesting to talk to. We talked a lot about the direction of newspapers. Why mid-sized papers like the Kennebec Journal and the Morning Sentinel are fairly stable compared to larger papers.
Main points about the declination of print newspaper subscriptions:

1) THE INTERNET- because the population in more rural cities like Augusta have a lower percentage of younger people than larger cities, we are not hit as hard by this. (However, the obituaries are filled with canceled subscriptions.)
2) NO TIME- During the 'lunch' a woman from circulation mentioned that many of the people who cancel their subscriptions simply have no time to read the paper. Parents sharing more work and domestic roles have less time to sit down and read the paper. (So they say, I wondered how many of them make time to sit down and watch television for 3 hours every night.)
3) ENVIRONMENTAL CONSCIENCENESS- People have become more environmentally conscience. They don't like to use paper. I am pretty conscience, but I still like tactual paper reading, even though I get a lot of my information on-line.

Chuck also gave an example of when multiple factors come into play, making it worse for print circulation. When someone who doesn't have time to read the paper, sees untouched issues piling up in the recycling bin, they think about the money they've spent on unread papers.
I say stop watching television, get out a pen, and sit down with a newspaper and take note of what is going on. Drink some iced coffee while your at it. Recycle, repeat.
Chuck also mentioned that, today, people have the opportunity to get more information from the internet, so Blethen Maine Newspapers is working on expanding through their web presence, MaineToday.com
Posted by mike c at 8/29/2007 03:16:00 PM