Looking at North Korea from the DMZ 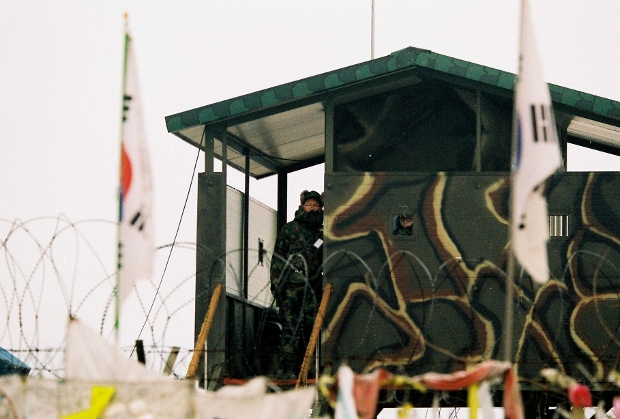 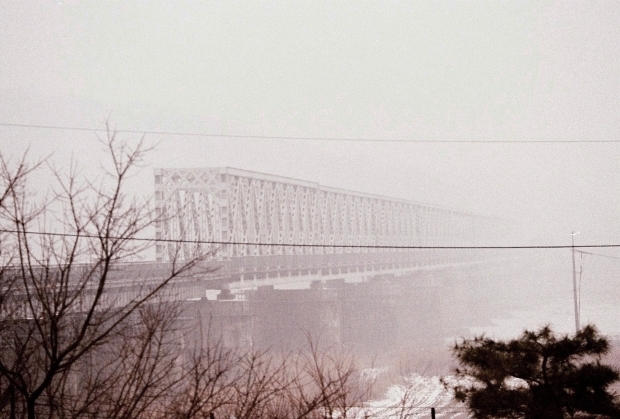 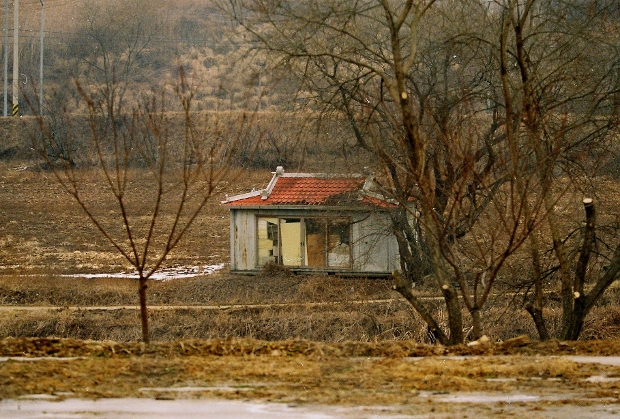 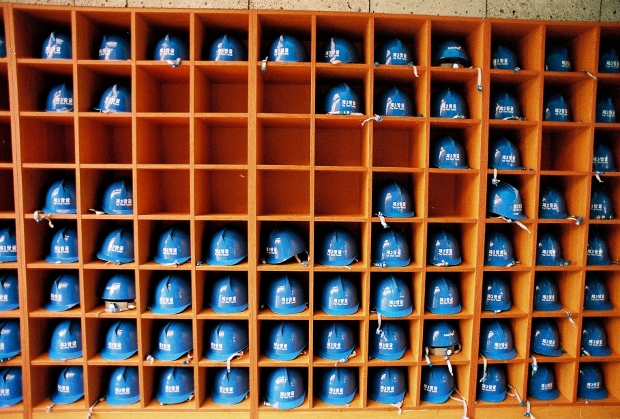 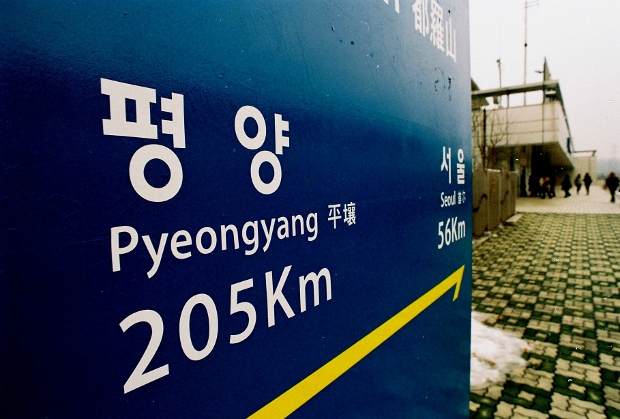 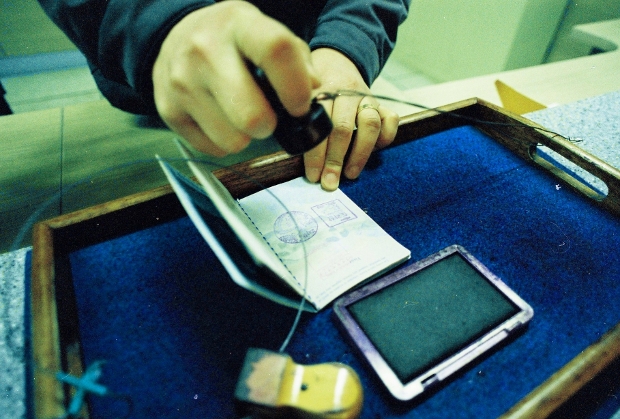 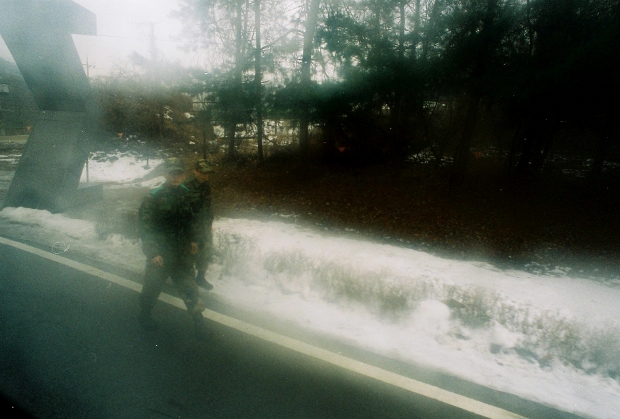 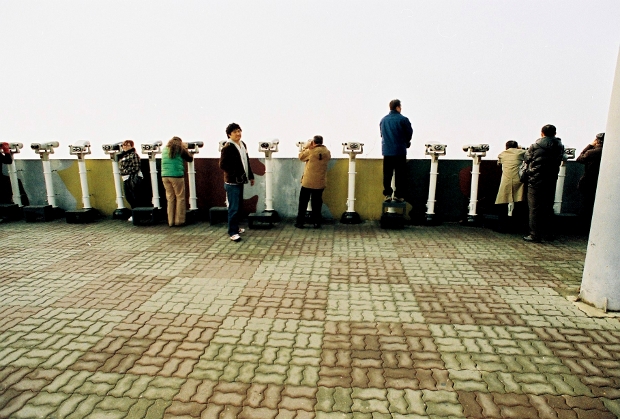 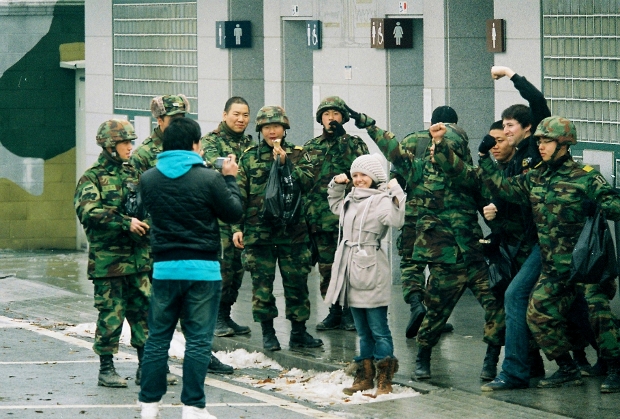 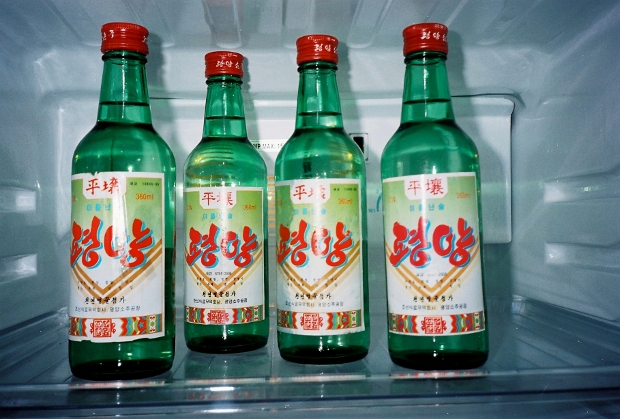 I'm not going to lie, going to the DMZ was really boring -- but I want to go back. It was also very interesting, like a class on some obscure subject that is impossible to stay awake for, but it is so interesting.
I was disappointed it was so foggy. I have some more pics that I did not get developed, I also had some picks of the DMZ gate that the photo processor claims I didn't give him! Is everyone here is a spy for the government? However, my love for Korea continues.
I have some other photos of me and some really cool Korean soldiers (see below), I have yet to get them developed. The last picture is some Pyeongyang soju, called Pyeongyang, and made in Pyeongyang! Jjang!!
p.s. Those are not North Korean soldiers, they are South Koreans. 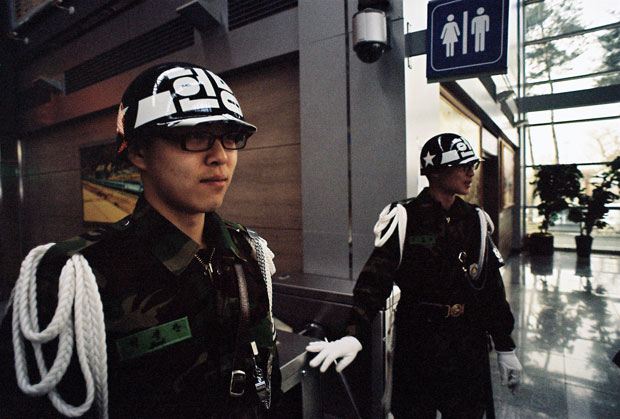 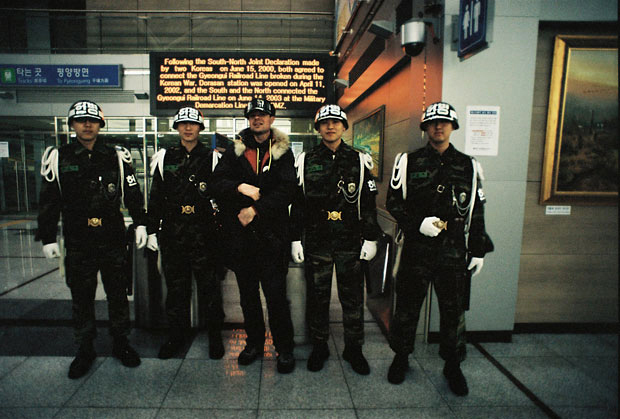 Here are pictures of the Korean MPs from Dorasan Train Station, the last train station before reaching North Korea.