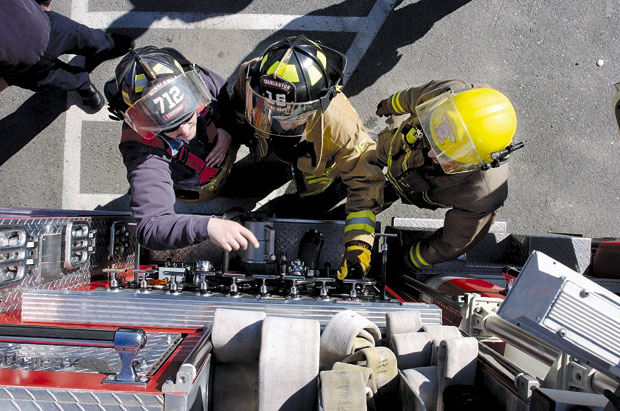 I took this photo today. I'm unhappy it probably isn't going to run in color. And the front of the B section has a more newsworthy, but boring photo of a vehicle rollover.
Caption:
Lieutenant Scott Higgins instructs fire fighters in during a pump truck class at the Central Maine Fire Attack School held at Winslow High School this weekend. Approximately 200 fire fighters from around Maine attended the course that is held twice a year in Winslow.
Posted by mike c at 10/18/2008 08:20:00 PM 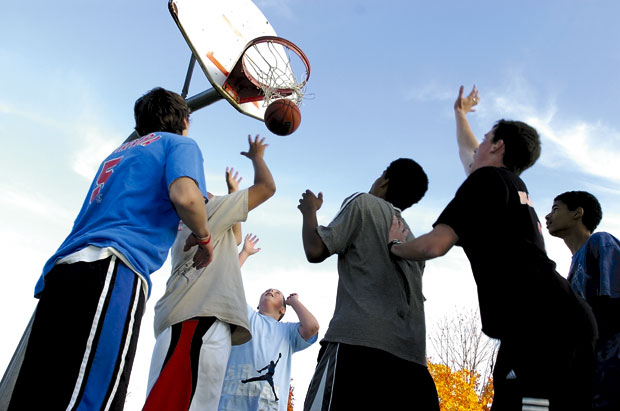 The best thing about this photo is the Jordan logo on that kid's shirt.
Caption:
Winslow High School students go for a rebound while playing a game of Twenty-one at the basketball court on Dellaire Street in Winslow, Friday. The next few days should be a brisk, with a chance of snow Tuesday night.
Posted by mike c at 10/18/2008 04:28:00 PM 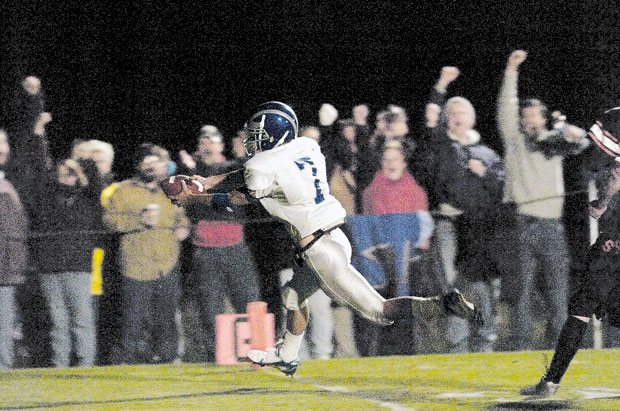 They need about 80 more lights to brighten up their field. I shot this at Hi-1, the digital equivalent of film speed iso 3200.
Caption:
Lawrence High School's Matt Perkins (7) catches a pass to help his team score first against Skowhegan Area High School on Friday night at Reginald P. Clark Memorial Field in Skowhegan. Lawrence went on to beat Skowhegan 35-6.
Posted by mike c at 10/18/2008 10:18:00 AM