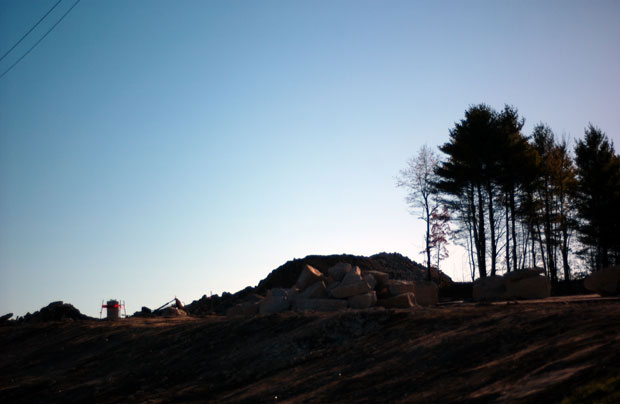 2.Stopped by the old Edwards House Inn before work and talked to Phil. He's one of the first people I met in Augusta, Maine. He works construction up here, originally from Massachusetts.
We were talking about how some producers from L.A. came and blew up the old RR bridge for some action movie. And said they were going to clean up their mess. Never did.

3.Performance Enhancing: Saturday night I discovered, that by drinking only a few Geary's Pale Ales brewed in Portland, Maine, I could eat an entire large anchovy from Al's Pizza in Augusta, Maine.

4.Ron Paul-itics: The only Ron Paul supporters in Augusta, Maine, I remember seeing is this gallery and framer on Western Avenue.