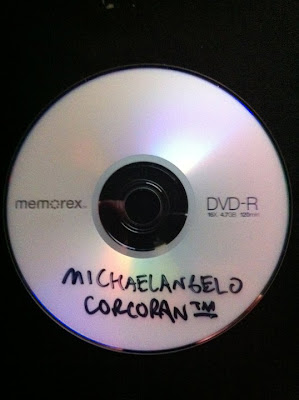 (photo by James Huckenpahler)
I will not be headlining, but I will be participating via time warp and a 16 minute video in an upcoming poetry event at the Corcoran Gallery and School of Art in Washington, D.C.
Here's what critics are saying about my video reading:
"Oh Yeah! Watch this 16 minute slice of brilliance at the Corcoran Auditorium, May 13, 6:30 pm." --Dr. Casey Smith
Details:
THE RUTHLESS GRIP POETRY PROJECT
& THE CORCORAN COLLEGE OF ART & DESIGN present

Born in New York in 1939, Bill Berkson is a poet and critic who now lives in San
Francisco. From 1984 to 2008 years he taught art history and literature at the
San Francisco Art Institute. He is a corresponding editor for Art in America and
a contributor to such other journals as Artforum, Aperture and artcritical.com.
His most recent books include BILL, a words-and-images collaboration with Colter
Jacobsen; Lady Air; Portrait and Dream: New & Selected Poems; Not an Exit with
images by Léonie Guyer; and a new collection of his art writings, For the
Ordinary Artist. He was the 2006 Distinguished Mellon Fellow at the Skowhegan
School of Painting and Sculpture and received the 2008 Goldie for Literature
from the San Francisco Bay Guardian and the 2010 Balcones Prize for Poetry.

Cole Swensen is the author of 13 collections of poetry, most recently Greensward
(Ugly Duckling, 2010) and Ours (U. of California, 2008), which was a finalist
for the L.A. Times Book Award. Earlier collections include a finalist for the
National Book Award and winners of the Iowa Poetry Prize, the San Francisco
State Poetry Center Book Award, Sun & Moon's New American Writing Award, and the
National Poetry Series. Co-editor of the 2009 Norton anthology American Hybrid,
she has a collection of essays, Noise That Stays Noise, coming out from the U.
of Michigan Press later this year. She translates from French, including works
of poetry, prose, theater, and art criticism and edits La Presse, a nano-press
dedicated to contemporary French experimental writing translated by (other)
English-language poets; she also edited a dossier on contemporary French poetry
coming out in the next issue of Aufgabe.

This event is co-sponsored by The Corcoran College of Art & Design and Ruthless
Grip Poetry Project with special thanks to Baked & Wired and Bridge Street
Books.

Rail:
The Corcoran is just a few blocks away from two convenient Metro rail stations:
Farragut West- on the Orange/Blue lines (take the 17th street exit) and Farragut
North-on the Red line (take the K Street exit). From either station, walk south
on Seventeenth Street to the Corcoran.

Visit Metro online for rail and bus fares and schedules