Night Out in Konkuk U. 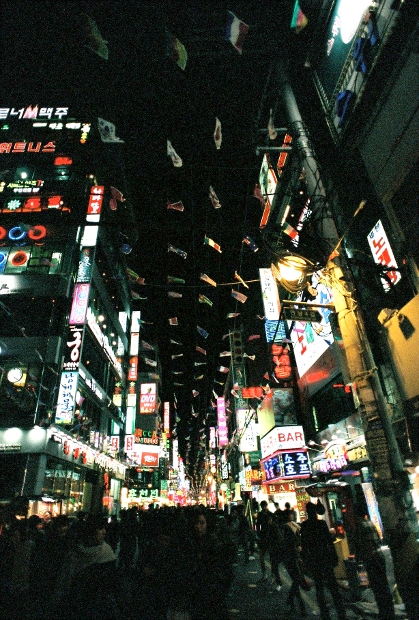 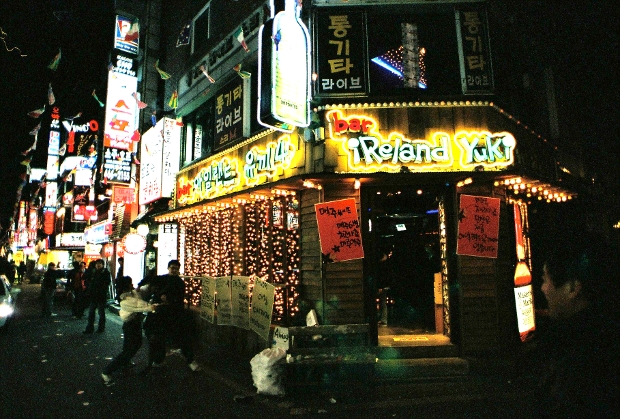 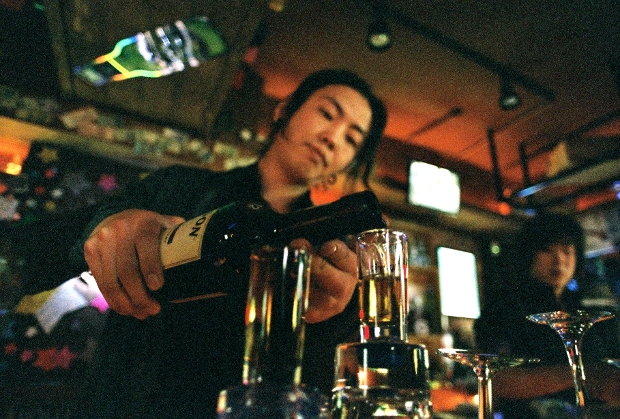 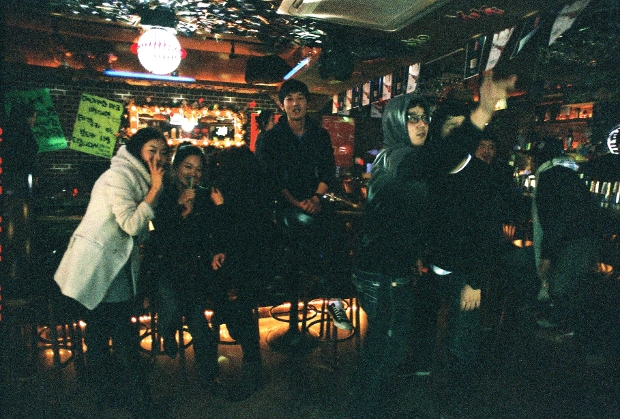 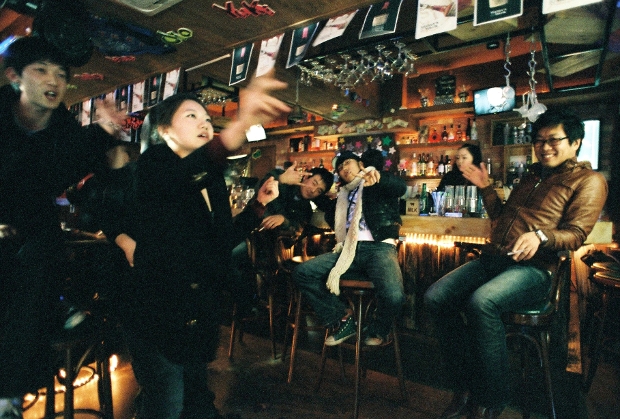 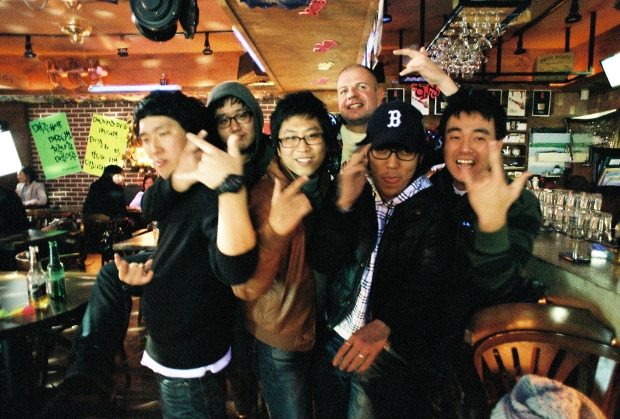 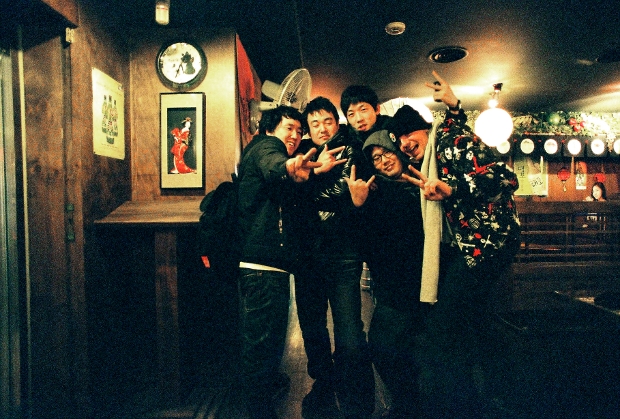 Saturday night my friend Hyung Shik and I headed over to Konkuk University. I had never been there before, it is amazing how many people are there, mainly students, just walking the roads with rows of bars. It makes me wonder how many other awesome places I am missing out on. Seoul is huge.
We ended up going to a bar called Ireland Yuki. The main reason I wanted to stop in was to see what they mean by "Ireland," but the fight right outside the door (that you can see in the picture) also persuaded me. We thought we would go and have a drink and keep walking. However, I challenged some kids to darts. I am pretty decent at darts. It wasn't long before the Koreans at the bar were chanting my name -- JJang!! Let me reiterate -- it was awesome.
Then the bartender got on the PA system and was talking about us in Korean (of course). One of the bartenders preformed some crazy bottle throwing-around-the-back drink making acrobatics, then lit the shots while breathing fire. And gave them to us for free! (In Korea this happens a lot -- free stuff. It's called "service.")
Then one of my new friends accidentally scared the girls that we met away. So we ended up eating and drinking soju -- not a bad night.