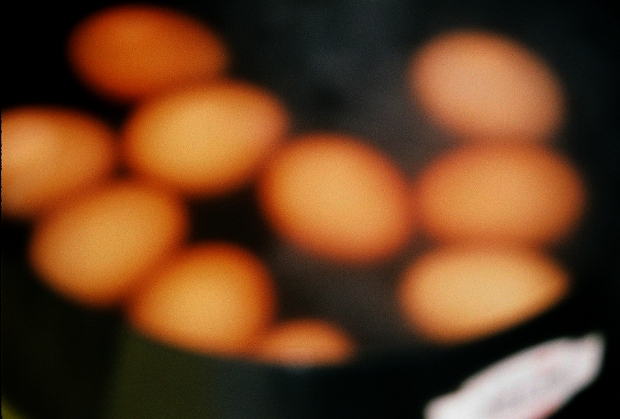 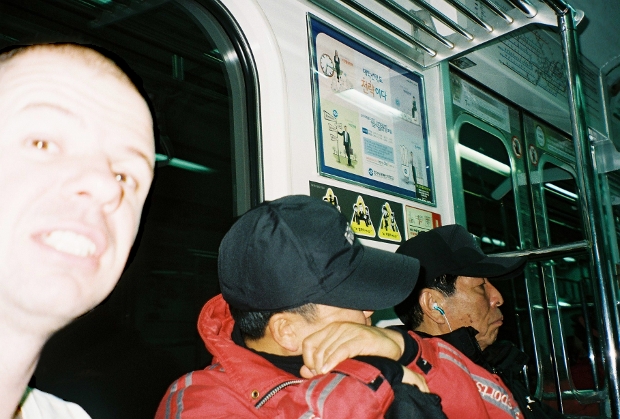 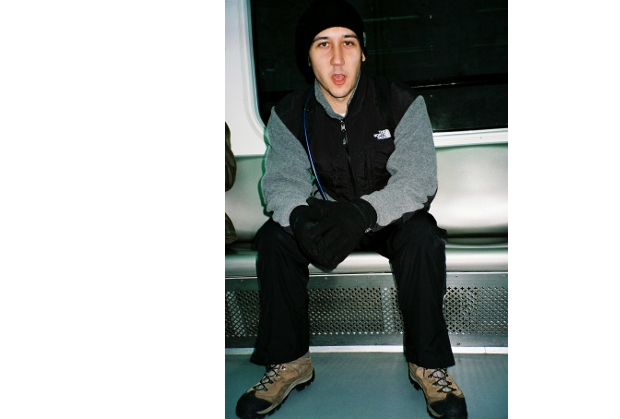 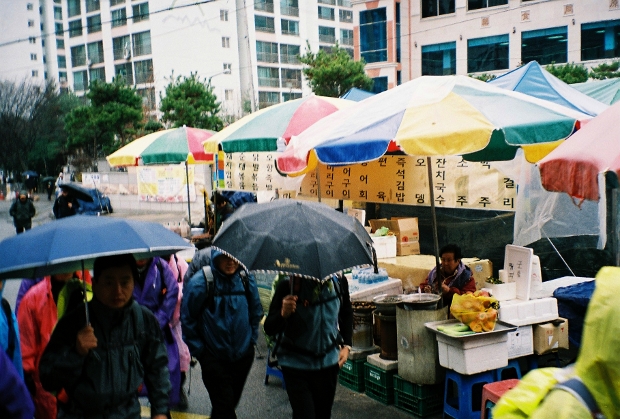 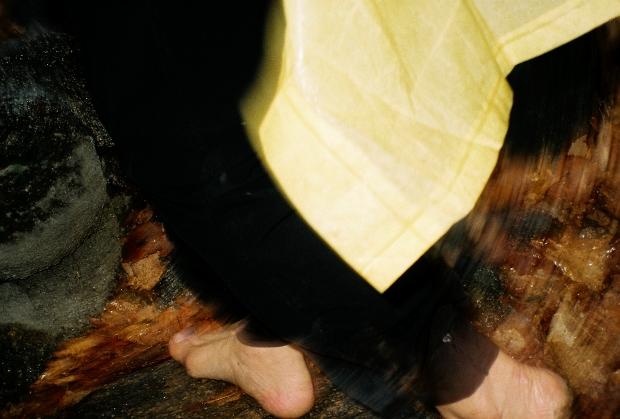 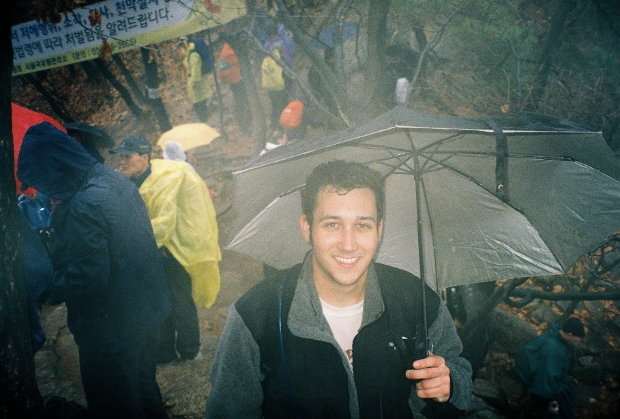 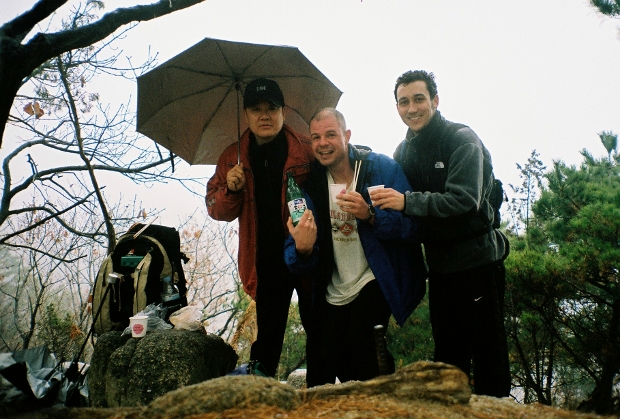 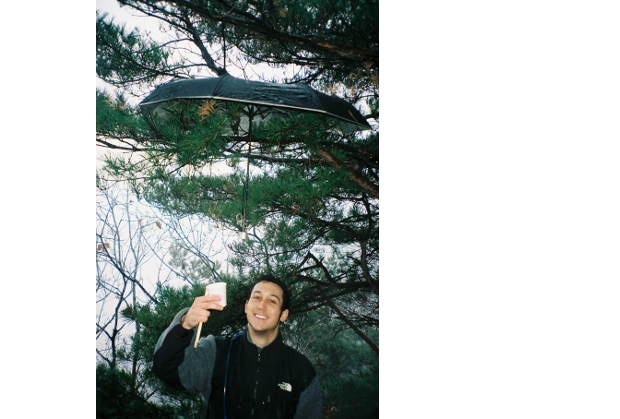 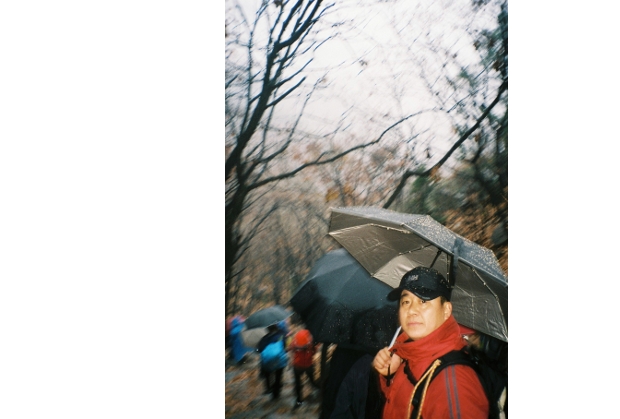 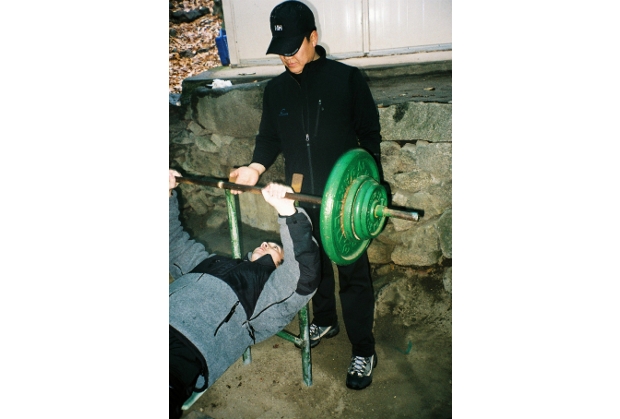 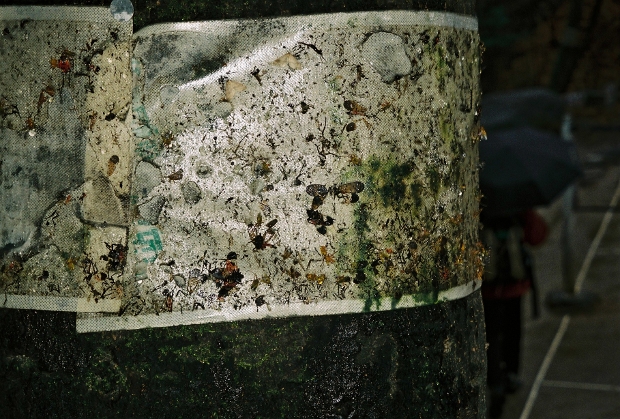 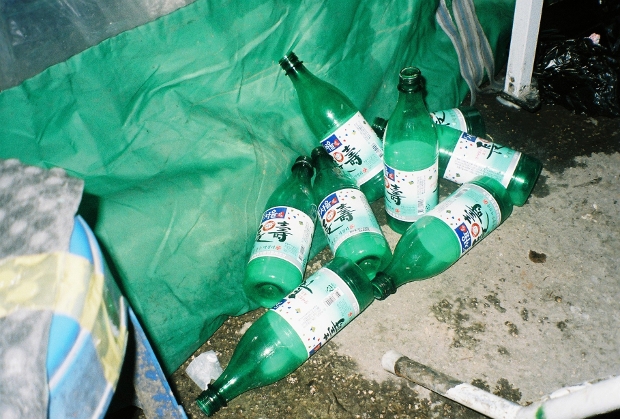 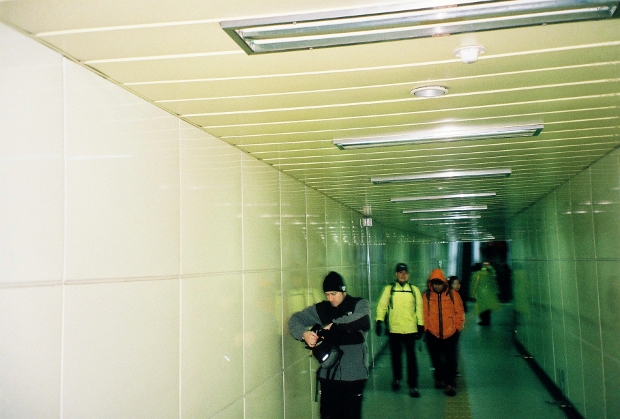 In Seoul you don't let rain stop you from heading to the subway station to get to your favorite mountain. No, here when you want to hike and it's raining you take an umbrella, extra makgoli, and I like to take hard boiled eggs, too. Because eggs stay warm for hours if you boil them right before you leave.
Last Sunday I went hiking with my friend and coworker Ray, and my Korean brother You Jay Jin. We took the subway to Suraksan with thousands of other hikers, we walked past all of the tents set up to sell food and drink to the hikers, and went up the mountain. This hike was basically a massive set of stone steps that I thought would never end.
On the way up people awkwardly passed each other on the slippery wet steps with their umbrellas. I saw one hiker with no shoes!
When we were nearly to the top, we decided to stop because of the hazard of slipping on the wet leaves and rocks. We drank two bottles of makgoli under the shelter of our umbrellas, ate some kimchi, and headed back down.
Before we reached the bottom we stopped in the hillside gym (that most people were using for a shelter from the rain to eat in) and pumped a little iron.
It's hard to believe that it was the end of November and there were still bugs. I saw a giant bug strip on a tree that had many interesting specimens attached to it.
Walking back down Hyung, my Korean brother, saw some friends from high school. They kept going and we waited for them in a small trail-side makgoli tent.
After 30 minutes or so his friends showed back up, and we continued to drink makgoli, as prescribed by the traditional handbook of Korean hiking. When ate, went to another makgoli tent to eat and drink so more, and then took the subway home.
Life is good.