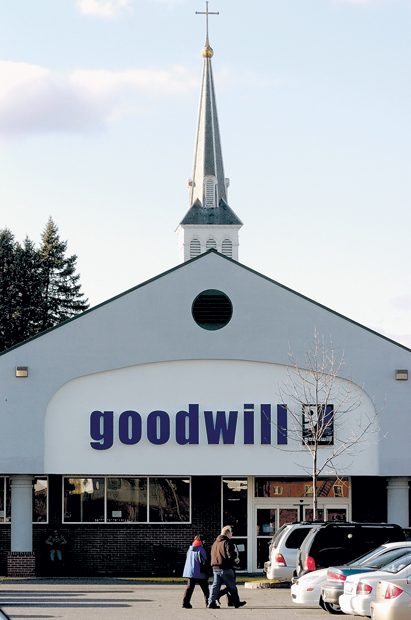 The newly opened Waterville Goodwill located downtown on the Concourse appears to be a church with the steeple of St. Francis de Sales rising in the background. Both churches and Goodwill stores are likely to see an influx of people this the holiday season. According to a recent New York Times article, in the first eight months of 2008, sales at Goodwill stores in the United States and Canada increased by 7 percent over the same period last year. 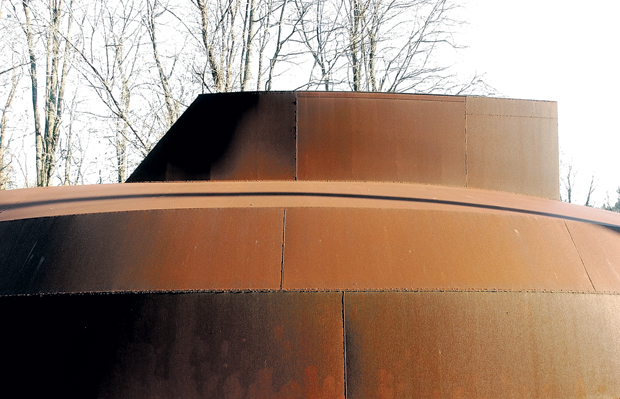 The steel hull of an unfinished sailboat sets in Mike Lessard's yard on Lower Water Street in Waterville Wednesday afternoon. Lessard started its construction over 3 years ago but has since been injured in a car accident and has abandon the project. 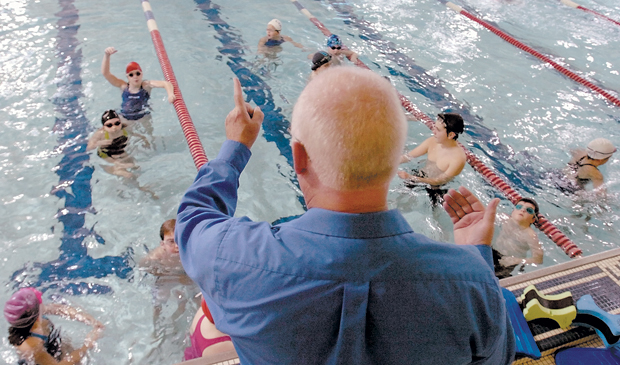 David Turnage, Alfond Youth Center aquatic director, instructs some of the 141 swimmers ages 6-18 who are members of the Mid-Maine Dolphins swim team during practice Wednesday afternoon. The Dolphins will have their first YMCA meet of the season when they host the Portland YMCA in Waterville this Saturday at 1 p.m.

The moon is seen shining Wednesday night behind "Ticonic" a statue on the Concourse sculpted by Roger L. Majorowicz that was commissioned in 1997 "for the city of Waterville and the citizens of Maine."