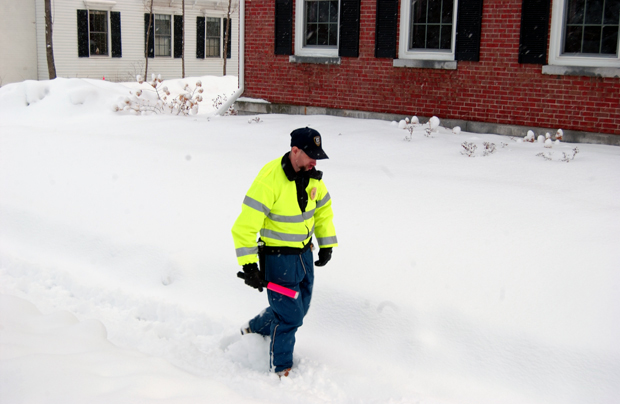 "In weather like this I try and do my best to help people out in the snow." 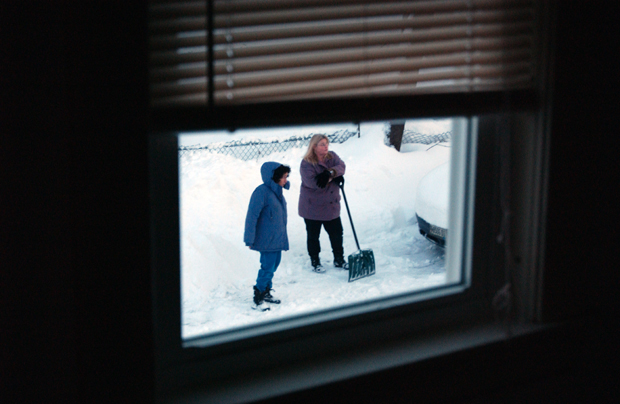 Neighbors: Some neighbors relaxing in the snow. 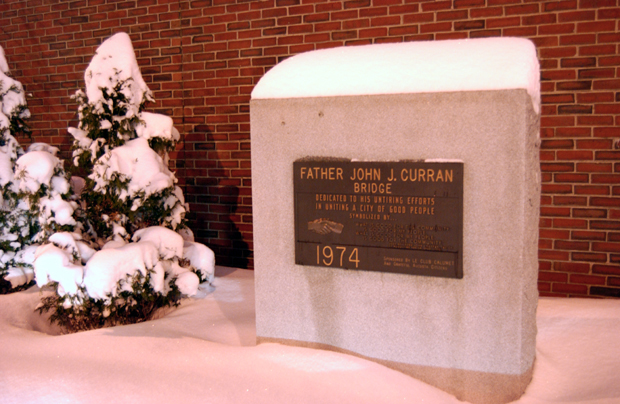 Father Curran Bridge: The Father John J. Curran Bridge is kind of creepy. According to a recent newspaper article he is being accused of sexual abuse, postmortem. And had been accused several times in his life. 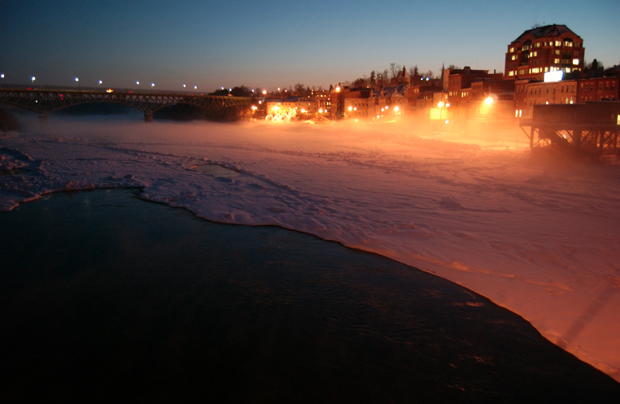 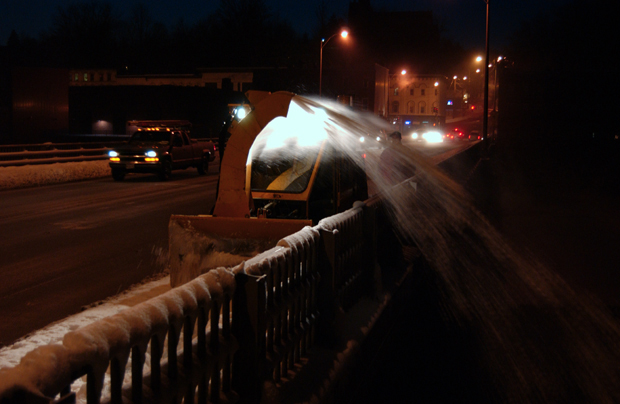 Sidewalk Snowblower: A sidewalk snowblower cleans a side of the Father John J. Curran Bridge in Augusta Maine. 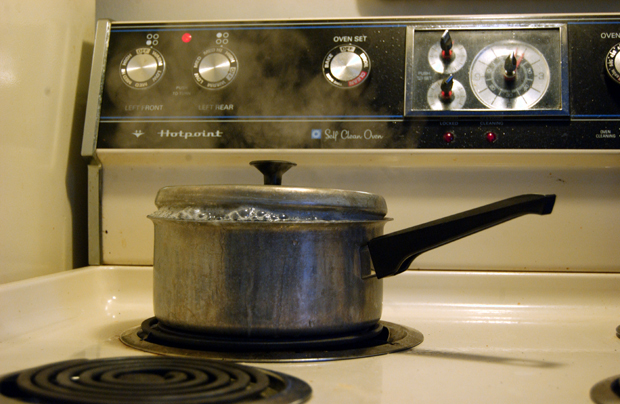 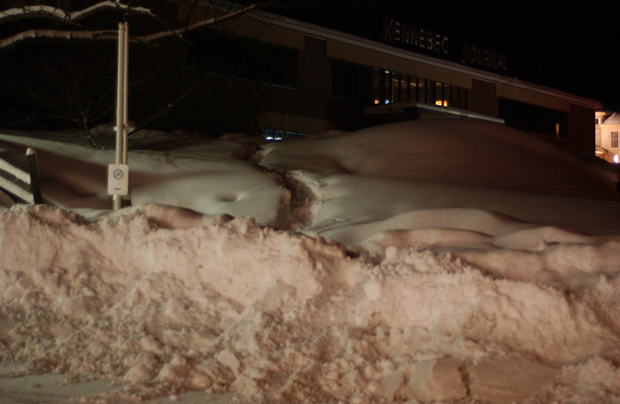 Snowy trail up the embankment to the Kennebec Journal. The path I take to work. 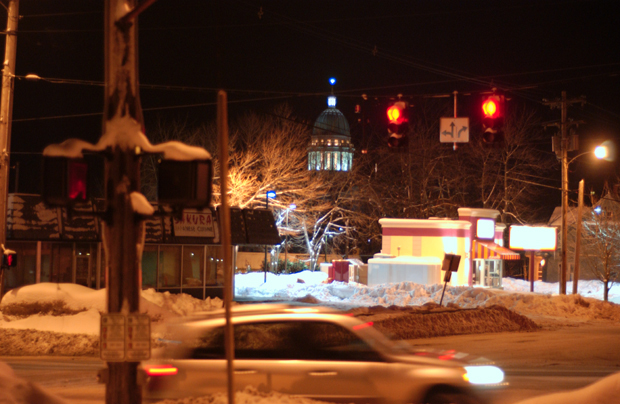 Maine Capitol The beginning of 2008!