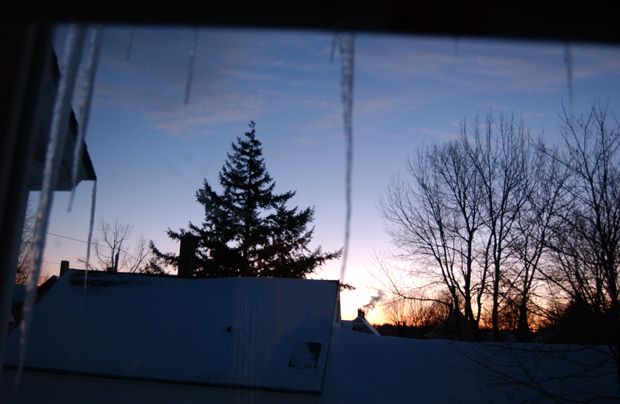 I woke up a little after 6 a.m. and looked out my window. The morning is beautiful. I miss being able to wake up in the morning. I used to wake up early every day, until I started working the 'second shift.' I went back to sleep immediately after I took this picture, an artificial morning. 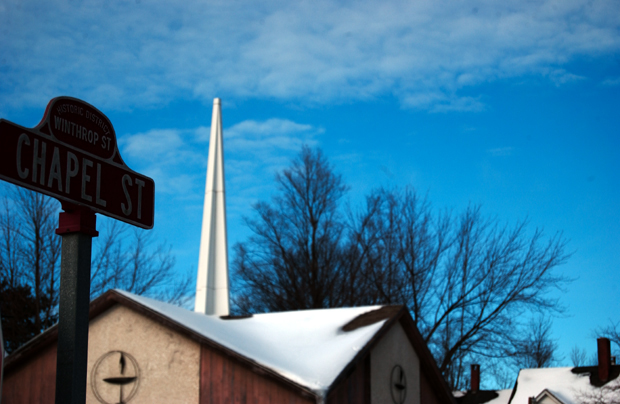 Churches are good community centers here in New England. Hopefully the denominations will try to outdo each other in do-goodership. In Maine, where jobs are scarce and population sparse, praying becomes the major health care plan.
I guess praying is a way to tell yourself what needs to get done over and over. A way to reassure your future. Thinking about things getting done, visualizing them, is many times the first step to reality. Praying becomes the way that people eventually get heating fuel so they don't freeze.
One of my neighbors, a couple houses down, was on the front page of the Kennebec Journal this morning because he can find no work, his wife doesn't work because of diabetes, their daughter is a high school senior just trying to get through her last year with good enough grades to make it to college. They share a similar story to many people in Maine.
The Salvation Army helped them buy heating fuel, which is more expensive than gas.
And the paper says the Salvation Army is falling short of breaking even this season.
I'm not sure if it makes sense but, I think what effects Maine's economy the most is its distance from population, which is what makes it appealing to its inhabitants. Catch-22 state.

I went to Lucky Garden for lunch and got tea, hot & sour soup, and ginger chicken for $5 something. That seems like an actual Chinatown price. Nice. Price.
Nice. 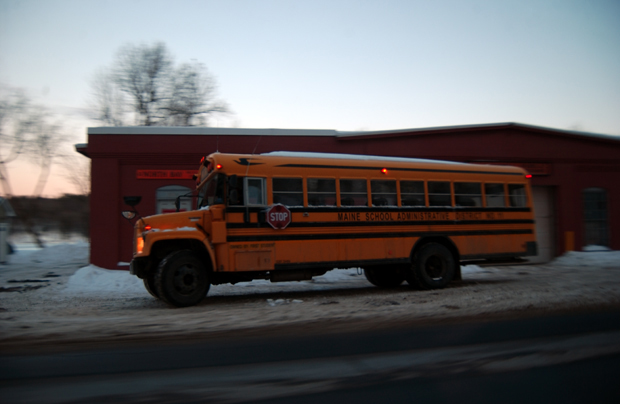 I drove toward Gardiner Maine. School buses were either coming from or going to pick up students.
I remember this time of year being my least favorite when I was in grade school. The days are so short. No sun. Chopping, dragging, cutting, splitting, stacking :firewood. School suxed. 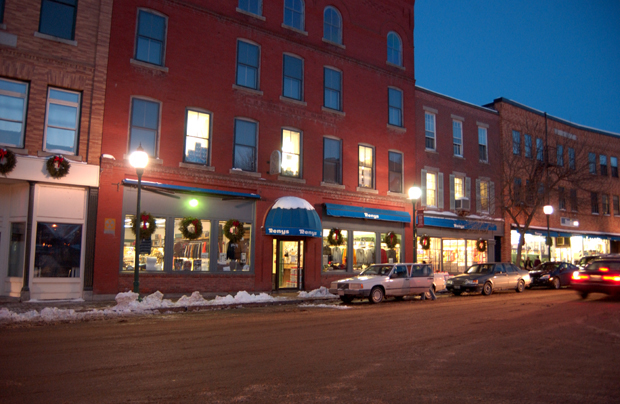 I went to Renys, the place with the blue awning, to get some snowshoes and cheap cold weather gear.

It is hard for me to believe that I live in a place that gives me a reason to buy snowshoes. I just won't believe it. Not even while I'm walking around with snowshoes.