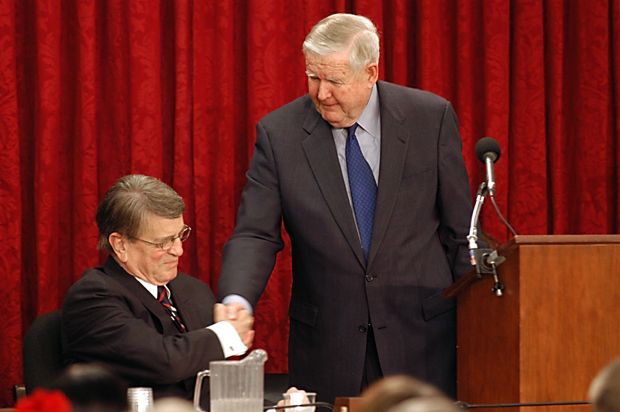 This Christmas I went to see the movie Charlie Wilson's War. It was cool because I've been to Afghanistan and I've met Charlie Wilson before. (I told him my unit found a crate of Stinger missiles that he sold to the Afghans, in the hangar at Kandahar International Airport.) Here's a picture I took of Charlie Wilson and John Murtha in Washington DC, March 2006. They mention John Murtha once in the the movie. And learning from the movie, it seems he actually held a large part in funding the covert war in Afghanistan. 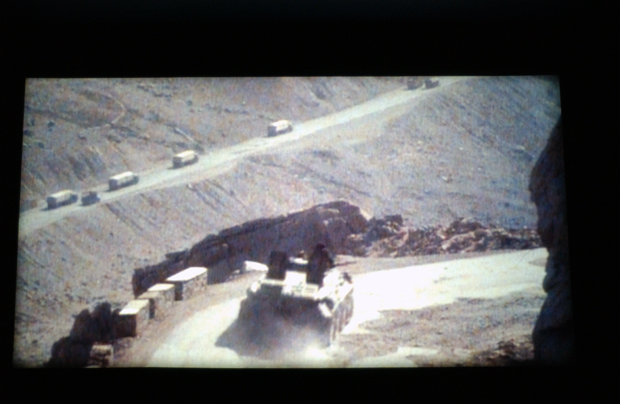 Here is a scene from the movie. It's shaped like Pennsylvania, but definitely Afghanistan. 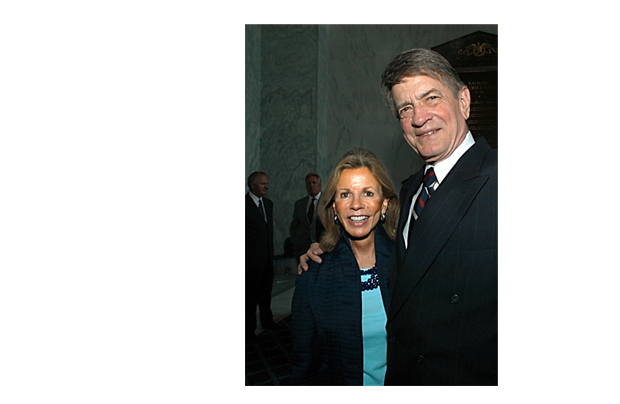 I took pictures at a party in his honor at the Rayburn Building on Capitol Hill. This photo is the real Charlie Wilson who is played by Tom Hanks in the movie.