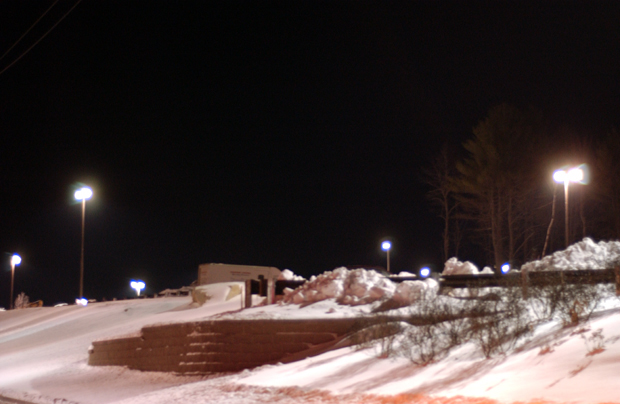 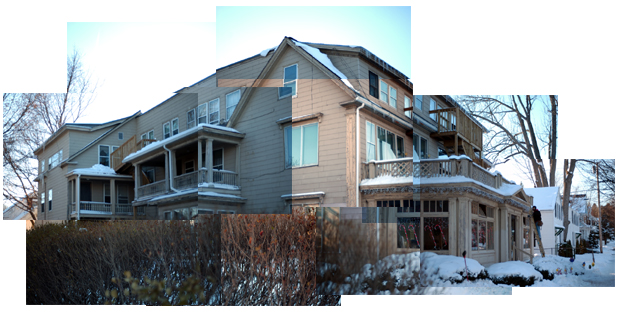 58 Winthrop Street Apartment Lodge: 'I manage a lot of the buildings in this area, but this one is my baby,' said Thomas, a property manager in Augusta Maine. 'You're going to see a lot of improvements to her over the next year.'
Thomas was standing on a ladder hanging light strands. 'Merry Christmas,' he said. 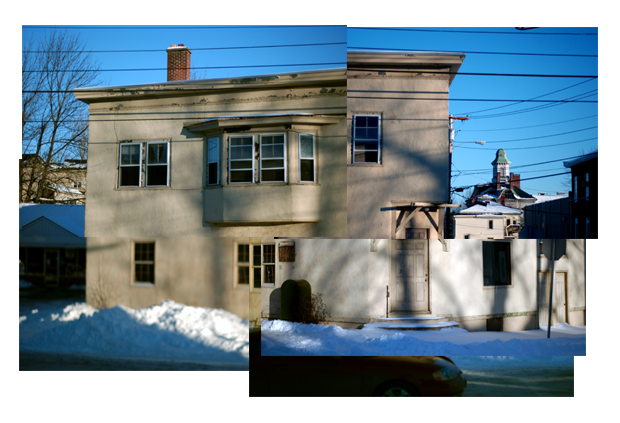 No man smoking reading his manuscript at the corners of Chapel & Court Streets in Augusta Maine.

Arrive at work and it's dark. 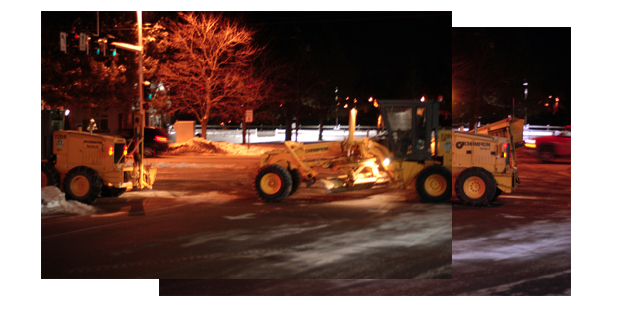 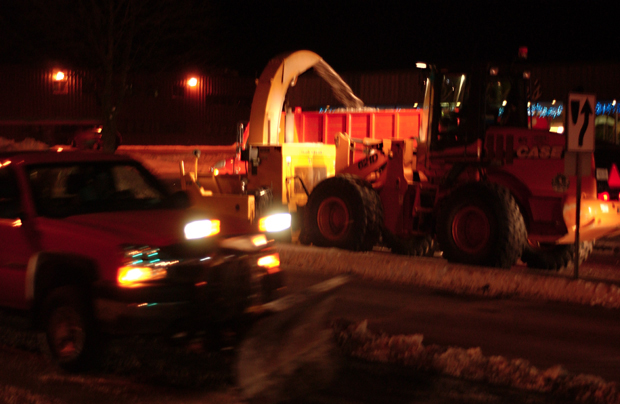 Late Night Snow Parade: A plow truck refines the snow windrows as the snow auger loads a line of dump trucks in a process similar to harvesting grains via combine. Efficient. 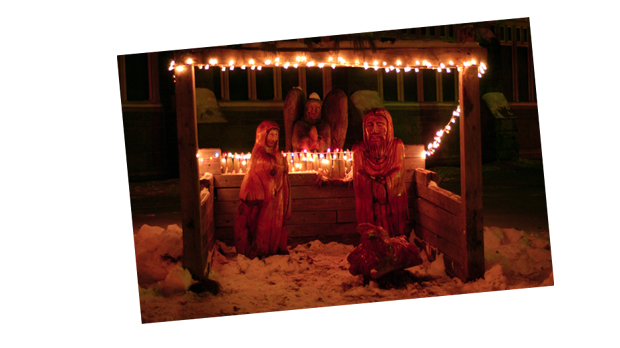 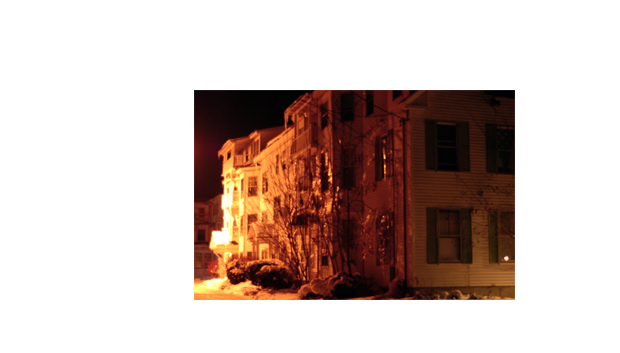 Apartment Lodge, side: A side angle of one of my favorite apartment lodges on Sewall Street in Augusta Maine.