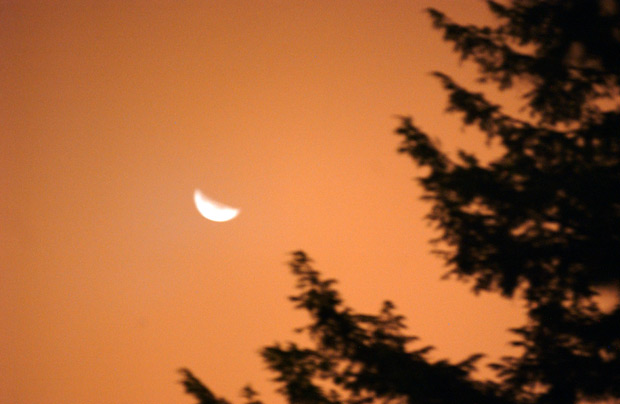 Night Walk: Last night when I got home from work I was still feeling awake. I took a walk (Could also be called 'dodging skunks' at this hour, ex. "Crap! I'm out of cigarettes. Well, I guess I'll just 'dodge skunks' down to the Cumby's [Cumberland Gas Station] and get some.") down to the Kennebec River Rail Trail. While I was taking photos of the old Kennebec Arsenal, I was thinking about it's history, our history. And I was thinking about mans' departures, and returns to the woods. 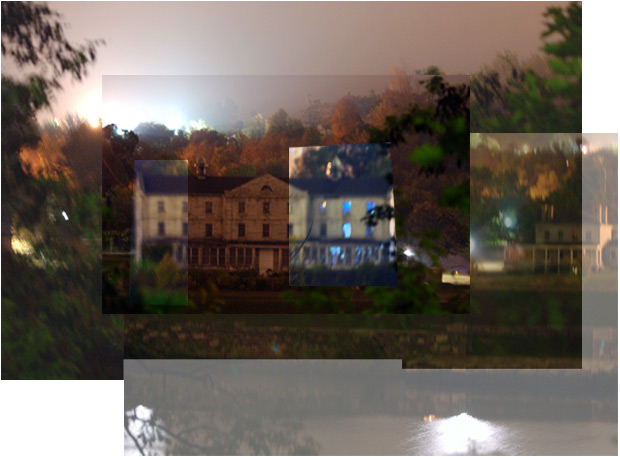 It seems like, at almost every point in our history, we are in the process of destroying our predators either for security or for food. Because of geographic reasons and chance some of us got further along than others. The outcomes: the endangered species, Nintendo, the Internet, the Industrial Revolution, this Iraq war, duct tape, genocide, etc., etc.
The main predator, man, just keeps multiplying the more we kill. Like a sci-fi disease or something. 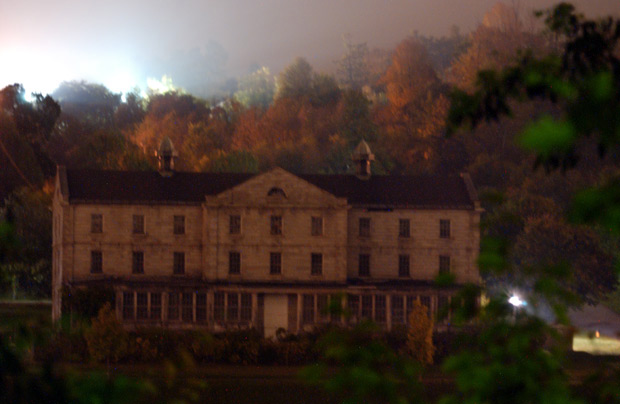 The act establishing an arsenal at Augusta "for the safe keeping of arms and munitions of the United States for the northern and eastern frontier," passed Congress and became a law March 3, 1827, only 10 days after Governor Lincoln had signed the act making the town the state capital. The lot of 40 acres, a beautiful area on the east shore of the river, was soon secured, and on July 14, 1828, the corner stone of the main building was laid. Soon 15 buildings were erected, 10 of stone, all built in a thorough and permanent manner.
During the Mexican and civil wars it was made the depot of valuable military stores, and large quantities of fixed ammunition were prepared here and forwarded to the seat of war. Among the commanders of the arsenal have been General O. O. Howard and Lieutenant Anderson, the hero of Fort Sumter. The present commander is Major John R. McGuinness. Fifteen officers and men are now stationed here.
As a military post the Kennebec Arsenal would not prove of great value in time of war, as it is without means to resist much of an attack. War however is not a serious probability of the future.
-Daily Kennebec Journal, June 9, 1897