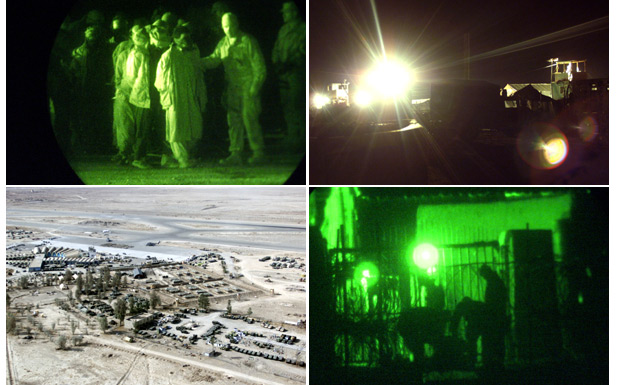 I received an email from a journalist in Germany:

my name is Isabella Kempf, I am a freelance journalist from Berlin, Germany and I am working on a longer story
about a German/Turkish prisoner who was in the Kandahar detention center in January 2002. Mario Tama from New York sent me a link to a truly impressive picture you took in Kandahar in December 2001. It was taken at night through a night vision scope. On it you can see detainees who are brought into the Kandahar detention center.
One important question for us: Did you manage to take any pictures of the prisoners or the detainee area, primarily taken in Jan. 02?
We might use any of these photos in our story.
Might it be possible to talk on the phone?
Thanks very much!
Isabella