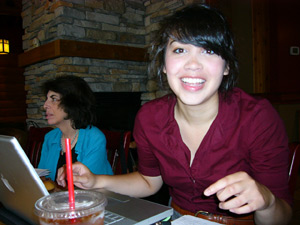 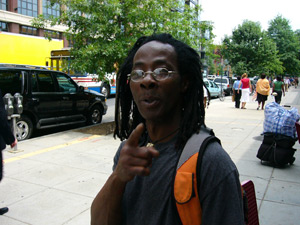 I met Rachel at Caribou. I sent out some resumes. (One of which, I got a bite!) I told Rachel I had a dream that I had once killed someone and I had lived my life trying to hide it, until I woke up. Rachel told me she had a dream that she was a terrorist and had killed hundreds of people w/ bombs, etc. And would cut the clips from the newspapers and use them in her art. Later, I saw Cherif on the sidewalk. He told me I could easily get a job at Whole Foods. But, I've been there three times in the past couple days. Of any temporary job, that's the one I would prefer.
Posted by mike c at 7/18/2007 07:59:00 PM